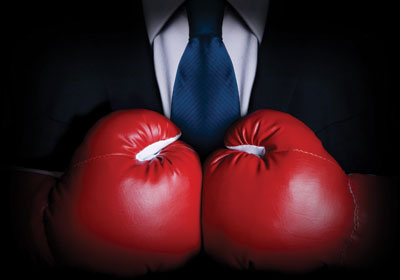 Inside the burger battle brewing by Lake Calhoun.
January 01, 2013

Nonetheless, there is quite a bit of clientele crossover. “We have people who say their friend’s favorite place is Burger Jones, and their favorite place to go is My Burger, so they have to alternate between the two,” says My Burger Co-Owner John Abdo.

However, John Emerson, general manager of Burger Jones, credits parent company Parasole Restaurant Holdings’ loyalty program for creating loyalty to Burger Jones. “My customer here is the same customer who eats at Manny’s, who eats at Pittsburgh Blue, and who eats at Salut.”

While both restaurants agree there’s room for two, and having both in such proximity is a conversation-starter if nothing else, Emerson admits to adding lower-priced options, such as burger-and-fries combos, in preparation for My Burger’s arrival.