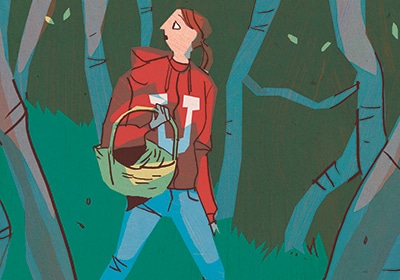 College Search With An Eye Toward Debt

By the time this fall’s college freshmen graduate, some will have committed nearly $300,000 to an undergraduate education. And educated Minnesota residents have some of the highest levels of college debt in the nation.

“My sense is it’s unsustainable,” says Jay Benanav, whom you may recall from his days as a St. Paul City Councilman. “But it shows no sign of being reformed.” Benanav is a college counselor, one of roughly 20 in the Twin Cities seeing clients outside the auspices of a specific school or district.

Benanav guides 40 to 50 teens per year through the college search process. But not only does he work to find the right fit, he works to create the best value, which he believes sets him apart from every other counselor in the region.

“Without Jay, my son Ben would not have found an East Coast college we could have afforded,” says Christy Michaels of Lakeville, who encountered Benanav at a college financing seminar.

A little over a year ago Benanav joined forces with Chris Wills (who had built a business marketing a “life after high school” curriculum to over half a million kids nationwide) to form College Inside Track.

Wills was intrigued that Benanav structured a teen’s college list to prioritize schools where the student would likely receive merit aid or scholarships, and offered back-end services like assistance with financial aid forms and negotiations with colleges to improve their offers. If Benanav can’t save a family enough to justify his $3,600 package price tag, he refunds the difference. (Wills says those negotiations save students an average of $8,200 a year.)

“The private college process is very opaque by design. It is a world where being an informed consumer isn’t validated,” Wills explains. “We want to take Jay’s model and scale it throughout the USA.”

Wills is leaning toward a corporate model rather than a franchise system, and looking to hire “people with money sense, good negotiating skills, who are risk-takers”—not the aptitude template for traditional college counselors.

“People are not getting the help they need,” Wills maintains. “Minnesota has the second-lowest ratio of college counselors to students, who receive an average of 38 minutes of counseling throughout high school.” In an era of the $300K undergraduate education, he’s sure there’s a market.