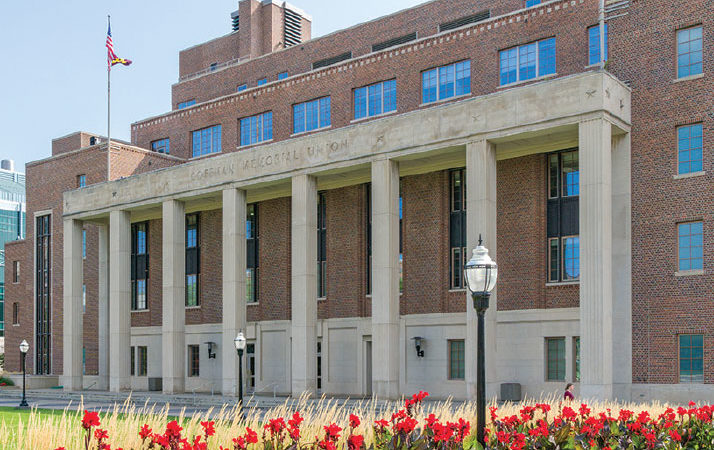 Coffman Union, By Any Other Name

Can we judge political correctness outside of historical context?
May 03, 2019

Dear President Kaler:
After two years of study, you’ve recommended to the board of regents that four buildings on the Twin Cities campus be renamed: Coffman Memorial Union, Nicholson Hall, Coffey Hall, and Middlebrook Hall. You’ve received a task force study, titled Report of the Task Force on Building Names and Institutional History (university-history.dl.umn.edu). This report documents extensive anti-Semitism and racially discriminatory actions by all four of these buildings’ namesakes.

We are willing to bet that most readers of this column have been inside at least one of the mentioned buildings, most likely Coffman Memorial Union. The building itself was completed in 1939 and named posthumously for Lotus Delta Coffman, who was president of the university from 1920 to 1938. Extensive research has established that President Coffman used his office to exclude African-American students from university facilities, particularly housing. The task force recommended that President Coffman’s extensive history of segregationist and anti-Semitic views justified removing his name from one of the most prominent buildings on campus.

Nicholson Hall, which was completed in 1890, had at one time been the student union (this may be a naming curse). Edward Nicholson was the dean of student affairs from 1917 until 1941, but archival material has established that he censured political speech on campus and, more damningly, conducted surveillance on student activities in coordination with state and federal authorities. He frequently targeted Jewish and black students, whom he labeled “communists” (although being a member of the Communist Party was not a crime).

Middlebrook Hall is the only West Bank building in the Task Force Report. William T. Middlebrook was a longtime university administrator, serving as comptroller and vice president for business administration until his retirement in 1959. Research by the task force revealed that he used his considerable power to perpetuate discrimination in housing to prevent racial and ethnic-group integration.

Coffey Hall is located on the St. Paul campus. Walter Coffey was dean of the department of agriculture until 1941, and thereafter served as president of the university until 1945. Task force research revealed that President Coffey reversed the policies of the previous president, Guy Stanton Ford, and reestablished segregated housing in 1942. The task force further established that Coffey and his administration supported policies to isolate and segregate black students.

The issue of facing racial insensitivity made permanent by the naming of buildings on university campuses is not unique to the University of Minnesota.

Yale University decided in 2017 to remove John C. Calhoun’s name from one of its residential colleges. Calhoun, both as a senator and as a U.S. vice president, had been a fervent supporter of slavery and white supremacy. Brown University, Duke University, and the University of Virginia have also renamed buildings, removed statues, and otherwise taken action against preserving symbols of segregation and white supremacy.

But how does one consider political correctness in judging individuals outside of their historical context? Here, the evidence is overwhelming because all four University of Minnesota officials engaged in extensive patterns of discrimination that are abhorrent today but also abhorrent at the time when these practices were instituted. Racial discrimination was illegal in Minnesota when Presidents Coffey and Coffman, Dean Nicholson, and Comptroller Middlebrook served the university.

There are other lessons that can be drawn from this experience. President Kaler is doing the next president of the university, Joan Gabel, a great favor. Gabel will have other controversies to deal with. Secondly, there will be an effort to name a building after Eric Kaler. All presidents, after their term of office, get their name on whatever building is going up, even if the building has no relation to the academic area of that president’s interest.

Future search committees, in looking for new presidents, should make sure that their selection is “nameworthy.” Projecting political correctness into the future will prove to be even more difficult than measuring the past by today’s standards. Nameworthiness will be hard to achieve.

So alumni will no longer be able to go to Coffman Union, they will avoid “Knucklehead Hall” (as we used to call Nicholson), they won’t stay in Middlebrook, and administrators on the St. Paul campus will not have offices in Coffey Hall. Good riddance.

Vance K. Opperman
Proud to be a U of M alum