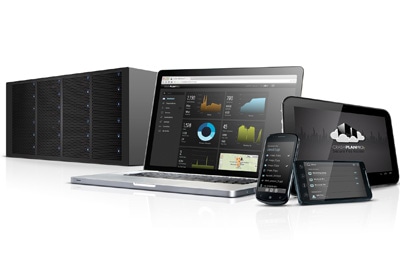 Code 42 Software, which has significantly expanded its U.S. work force this year, has opened a regional office and data center in Australia, and it’s eyeing expansion to Europe.
September 07, 2012

Code 42 Software, Inc.—which in January landed one of the largest venture capital deals for an IT company in Minnesota’s history—is expanding to Australia, where it will be “hiring aggressively” during the coming months.

Chief Marketing Officer Mike Evangelist told Twin Cities Business on Monday that Minneapolis-based Code 42 has opened a regional office and a data center in Sydney—and the company is poised for additional international expansion.

Code 42 offers a suite of cloud-based backup software and data storage solutions to corporate customers, as well as individual users. Its U.S. staff, most of which is located in Minneapolis, has grown from 80 to 145 this year. Evangelist said that the pace of local hiring “isn’t quite as red hot as it was” earlier this year, but the company will continue to hire U.S. employees in 2012, and it currently has about 30 openings posted online.

Code 42 has data centers in several foreign countries, including Japan, Ireland, Australia, and Singapore—but until now, its entire work force has been located in the United States.

In Australia, Code 42 has launched a wholly owned subsidiary, Code 42 Australia, Pty, Ltd. The subsidiary currently has a “core team” of six employees at the new Sydney office but plans to add roughly a dozen people during the next several months, Evangelist said. Code 42 will then continue to ramp up its sales staff and customer service teams based on demand.

“We don’t really have a cap,” Evangelist said. “We’ll continue to hire as we need to.”

The new Sydney office will help Code 42 serve new and existing customers throughout the entire Asia-Pacific region, according to Evangelist. And the company’s employees in Australia and Minneapolis will collaborate to provide 24-hour support to English-speaking customers.

Meanwhile, Code 42 is eyeing additional international expansion: The company plans to open a data center, and also likely a regional office, in Europe during the next several months, according to Evangelist, although he did not reveal where the facilities will be located.

Earlier this month, the company appointed Brian Bell president and chief operating officer. Bell previously served as Dell’s executive director of enterprise storage sales in the Americas. Before that, he was vice president of global sales at Compellent Technologies, which Dell paid $960 million to acquire in February 2011.