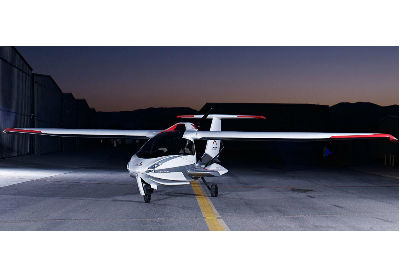 Duluth-based Cirrus Aircraft will produce airframe components for ICON Aircraft’s light sport planes, which can take off and land on water or conventional runways.
August 17, 2012

Cirrus Aircraft will build a “significant portion” of the composite airframe components for ICON Aircraft’s A5 light sport plane, which can take off and land on water or conventional runways, the Duluth-based company announced Monday.

Under the new partnership, Cirrus will build the parts at its Grand Forks, North Dakota factory, where it currently manufactures airframes for its own SR20 and SR22 planes. The company expects to add up to 60 jobs at the plant to handle the new orders, according to a report from the Duluth News Tribune.

Los Angeles-based ICON builds planes, including the A5, that fit into the Light Sport Aircraft (LSA) classification. LSAs seat two people and are restricted to flying during the daytime, in good weather, and at low altitudes below congested airspace. Training for a license for this type of aircraft, called “sport pilot licenses,” takes about half the time of normal flight training, according to Cirrus.

“We believe that Light Sport Aircraft and sport pilots are critically important to the growth and future of aviation,” Cirrus Aircraft CEO Dale Klapmeier said in a statement. “Cirrus and ICON share the common vision that exciting, innovative, and safe new aircraft are the key to unlocking enormous potential within our industry.”

Production of the airframe parts will begin later this year, Cirrus said. ICON has thus far received more than 850 orders for the $139,000 A5, and it expects to ship the first plane next summer, according to the company’s website.

The partnership comes several months after Cirrus received a large investment from its owner, China Aviation Industry General Aircraft Company, to finish development on a line of single-engine jet planes.