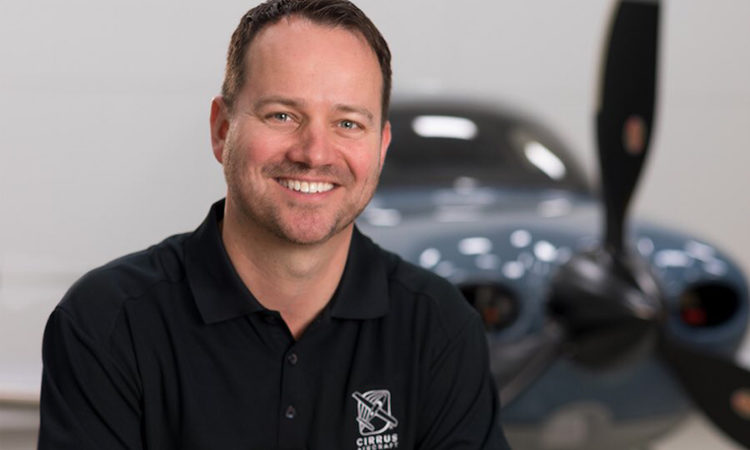 He takes the place of company co-founder Dale Klapmeier, who announced plans to step down in late 2018.

Most recently, Nielsen worked as executive vice president of North American sales at building materials company James Hardie. Before that, Nielsen served as VP of global sales operations for Tesla Motors, where he oversaw the automaker’s worldwide sales efforts.

Nielsen started his career at electronics maker Bang & Olufsen, where he worked for nearly two decades. He rose through the ranks and became president of Bang & Olufsen North and South America.

“We are fortunate to have someone of Zean’s caliber and experience to lead us into the next era of growth,” says Klapmeier, who in 2015 was inducted into the Minnesota Business Hall of Fame. “I am looking forward to moving into a senior advisory role and continuing to work with our exceptional team on reinventing the future of personal transportation.”

Nielsen’s appointment comes after Cirrus in February reported a steady uptick in deliveries. In 2018, the company sold 380 new aircraft, marking the strongest batch of deliveries in 10 years, according to Cirrus.

The appointment also comes on the heels of a recall of the Cirrus Vision SF50 jet. Cirrus recalled the unit after the Federal Aviation Administration required the company to replace the jet’s angle-of-attack sensor due to safety concerns, MPR reports.