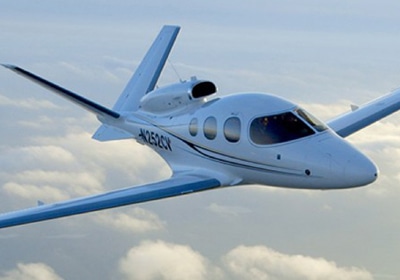 Cirrus Hands Keys For Personal Jet To Its First Customer

Cirrus Aircraft handed off the keys of its Vision personal jet to the first customer on Monday.

MPR reports that the Joe Whisenhunt, an Arkansan real estate developer, is the first to own what is being called the first personal aircraft-sized jet. The seven-seat plane is positioned in the market between light, propeller aircraft and larger jets that typically have a full time pilot. The FAA approved it at the end of October.

The price tag for the Vision is $2 million.

Cirrus is placing much of its future growth plans on the jet, with the goal of doubling the company’s size. A new $13 million facility for finishing and painting the jet just opened in Duluth. It’s expected to employ 150.