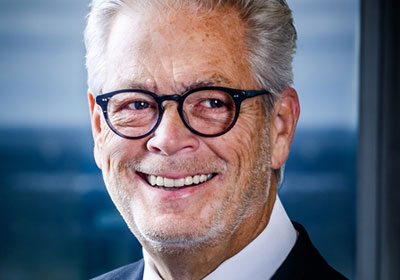 Your business’s reputation is gained in inches, but lost in miles.
July 29, 2016

Several years ago, as a new executive at a very large financial institution, I learned some important lessons about the value of reputation. Since this incident, I have always believed that a company’s reputation should be managed as its most valuable asset—more important than any patented technology, unique products or employee talent. Reputation should be protected like a mother grizzly bear protects her cubs, because without a good reputation your company will die. It’s a life-or-death situation.

Back to my case study: A large financial institution did nothing unethical, illegal or immoral, but the investment philosophy and actions in one division were questionable. While it was a borderline risk—just an eyebrow-raiser at the time—it eventually caused a lot of trouble.

That’s my first lesson about reputation: Reputation risk is a complex issue driven by a range of other business risks. Obvious areas that top the list of reputation risks are those related to ethics, such as fraud or other moral/legal misdeeds. When reputation risk is on the agenda at board meetings, discussion usually centers on the risks of ethical lapses or breaches such as those.

However, protecting your reputation in today’s highly connected global economy also means managing safety, health and environment risks inherent in products and services, as well as electronic security risks such as cyber-attacks, and physical attacks by terrorists or others with intent to do harm. And finally, today’s companies are being held accountable for the actions of their suppliers and vendors, many of whom are now on the other side of the planet, so those third-party relationships should also be included in risk assessments.

So the questionable investment philosophy and actions of one division of the very large financial institution was a small blip on the radar of its executive team, but had the company leaders been managing to protect its reputation, I believe the issue would have bubbled up long before it exploded in our faces. What eventually caused the trouble was that the questionable investment philosophy led to some risky investments that resulted in huge investment losses. Of course, this caught the attention of the media, and the company’s most senior executives panicked. The executive team was instructed not to talk to the press, although our outside public relations consultant advised the opposite approach.

It was a big mistake not to communicate with the media, because we did not get an opportunity to explain the investment philosophy to the public; the only story being told was about risky investments that led to huge losses and shareholders losing millions of dollars.

his is my second lesson about reputation: In a crisis, either cooperate with the media and tell your story or they will tell their version for you. As a result of the negative media reports, overnight the company was known for making bad investment decisions and losing shareholders’ money. In a few days, our reputation as a trustworthy institution, as well as a solid equity investment, was tainted.

As a result of critical media reports about these investments, customers left, revenue declined and growth stagnated. The company’s stock plummeted as shareholders sold theirs. Eventually, the board of directors fired both the president and the CEO and divested the portfolio, which was a write-off of several billion dollars.

And that’s my third lesson: Customers are the most important stakeholders in reputation risk. Leaders get sidetracked easily (especially in highly regulated industries) and worry about the company’s reputation risk with regulators, investors, employees and the media. It’s too easy to forget that customers are at the front of the line. In my case study, losing the trust of customers was the tip of the iceberg that caused the ship to sink.

This incident happened years ago, when the mainstream media was the only outlet for public information. Today, reputation can be tarnished with a few keystrokes sent around the world within minutes. Protecting it is an even bigger ballgame that must be played every day.

I eventually left the corporate world to become an entrepreneur and start my own firm. This choice meant that I left the assurance of a salary and other corporate perks behind, but I took with me these lessons about reputation. As I grew my firm and continue to manage it today, I am always mindful of our long-standing, hard-earned reputation for reliability, excellence, integrity and commitment to our clients. Managing reputational risk is our No. 1 strategic business issue, because we know that reputation is gained in inches over time, but it can be lost in miles in minutes. Is your organization’s reputation your No. 1 asset? And shouldn’t it be?