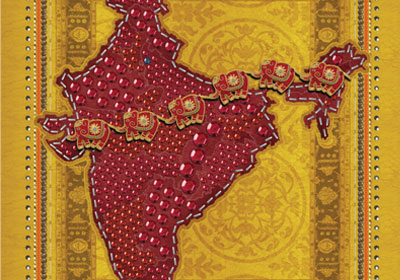 The country is already host to two-thirds of Carlson’s Asian hotels. Now Carlson is tripling its footprint there.
August 11, 2010

Hubert Joly loves to share his “bicycle theory”: “When you are on a bicycle and you try to stand still, you lose balance,” he says. “When you are moving, you can adjust your course.”

Joly is CEO and president of Minnetonka-based Carlson, the hospitality and travel company that already has more than 1,000 hotels in 77 countries. But Joly, who assumed his current post two years ago, is taking the 72-year-old company for more than a leisurely spin. His plans bring to mind something like the Tour de France, but the setting is on another continent.

Earlier this year, Joly announced that Carlson would grow its portfolio by 50 percent, to more than 1,500 hotels by 2015. The largest percentage of that growth—50-plus hotels—will be in India, where the company intends to roughly triple its number of properties in the next three years.

Carlson is not alone on this ride. Starwood, Choice, Marriott, Hyatt, Intercontinental, and Hilton are among the global hospitality businesses planning to increase their presence in India. Together, they will open well over 100 new hotels in the next five years in major centers of tourism and business, including New Delhi, Mumbai, Hyderabad, and Chennai.

But have they ever heard of Siliguri, Guwahati, or Durgapur? Carlson has.

India is host to two-thirds of Carlson’s hotels in Asia. Of the international hotel chains operating in India, Carlson has the largest number of properties there: 28. Carlson is second only to the Mumbai-based Taj Hotels, Resorts, and Palaces, which has about 60 properties in India. The Minnesota company doesn’t enjoy the same strong position in China, where it has nine hotels, and plans to open 11 more by 2015.

Carlson Wagonlit Travel, a subsidiary that Joly led for four years before taking over in 2008 as Carlson’s CEO, is the largest travel management company in India, with a 17 percent share of the market.

“I can claim no credit for this, but it is a fact that Carlson happens to be in a leadership position in India in its key businesses,” Joly says. In the 1990s, most international hotel brands were intent on growing in promising markets in China and the Middle East. Carlson saw an opportunity to invest where others weren’t, becoming one of the earliest international hospitality companies to have a presence in India.

Now, as competitors are expanding there, Carlson is “very pleased with [its] current position in India,” Joly says. “From a strategic standpoint, you always want to build on a position of strength.”

The hotel industry has been discussing India’s merits as an investment ground for years, but the market there remains underserved. Manav Thadani, managing director of the New Delhi office of HVS, a global consulting firm to the hospitality industry, authored a study of the Indian market in 2009 and concluded that the country has an “alarmingly” low number of branded hotel rooms—approximately 48,500 rooms in all of India. Manhattan has 66,000.

Thadani notes that there has been a decline in India’s room occupancy rates during the recession. He adds, “From an investor’s perspective, this weak period is probably the best time to make investments in the hotel sector. Also, from a developer’s point of view, this is a good time to construct and finish hotels so that they are ready to open and stabilize as the upswing starts.”

Most of Carlson’s hotels in India are in and around New Delhi—four- and five-star properties that cater to business travelers coming to the nation’s capital. However, it’s the midscale market that will support Carlson’s planned growth. HVS suggested in 2007 that to leverage the true potential of tourism in India would mean tapping the domestic leisure segment, a middle class of 250 million people that continues to expand. In 1985, India’s middle class constituted less than 10 percent of the population, according to the Indian nonprofit National Council of Applied Economic Research. By 2025, the middle class is expected to include 42 percent of the population, or 583 million people—about 200 million more than the total U.S. population. “Middle class” is defined as annual household income that would equal $5,000 to $25,000.

Carlson Hotels’ Asia-Pacific team, led by Managing Director Jean-Marc Busato, looked for cities popular among travelers in this booming middle class. Aside from big hubs like Delhi, Mumbai, and Bangalore, they came up with a list of small leisure locations, industrial towns, and most of India’s 28 state capitals. Thus, there will be a Radisson in Guwahati, the capital of the northeastern state called Assam, and a Country Inn & Suites in both Durgapur, an industrial city in eastern India that is home to one of the biggest steel plants in the country, and Siliguri, a small town nestled close to the Himalayas. Park Plaza and Radisson hotels—because they are “upper-upscale” and “upscale” brands, respectively, in industry terms—will be placed in bigger cities and in some state capitals, while Country Inns & Suites, representing the mid-market, will open in smaller towns.

For all the opportunity the country holds, India also presents distinct challenges for hotel operators. Even bigger cities such as Bangalore and Mumbai suffer from almost daily power cuts in the summer, ranging from 90 minutes to several hours in duration. Hotels must make frequent use of back-up power generators so as not to jeopardize, among other things, their reservation and payment systems, and to keep guests comfortable despite soaring temperatures.

Building a hotel in India requires approximately 150 government permits. In Minneapolis, the number would be about 10. Joly says a key to Carlson’s growth in India has been partnering with experienced local developers. In 1998, Carlson formed a joint venture, RHW Hotel Management Services, with Delhi-based real estate and hotel developer Umak Investment Company. RHW is responsible for the development of Radisson hotels in India—acquiring permits, selecting construction contractors, and for nonfranchised properties, taking care of day-to-day operations.

Last January, Carlson announced that it would increase its ownership of RHW from 13 percent to 87 percent, a transaction it completed in July. Private investors hold the remainder of RHW, which has picked up marketing and sales duties under the new ownership structure. Another in-country partner, Country Development and Management Services, manages Country Inns and Suites. Carlson owns 26 percent of that business.

Acquiring the majority of RHW gives Carlson greater control over the development of its new Indian hotels. Meanwhile, Carlson grapples with other challenges.

Franchising in the Indian hospitality industry, especially for mid-market properties, is a relatively new concept, probably due to the dearth of branded hotels in that segment. As such, the problem of franchisees violating a franchisor’s standards is not uncommon. While 96 percent of Carlson’s North American hotels are franchised, the company has a 50-50 split in India, with half of its hotels franchised and the rest either wholly owned by Carlson or owned and managed by a partner. Busato would like to see a shift to 80 percent nonfranchised properties, to give Carlson better control of its brands in the Indian market.

K. B. Kachru, executive vice president for Carlson Hotels–South Asia, says preventing brand dilution is a challenge. Carlson recently deflagged two of its franchised hotels in India because of violations by licensees.

Carlson tries to position each of its brands consistently around the globe, providing the same services—whether a restaurant, Internet access, or loyalty programs—in each location. But interior design usually reflects local culture, and food offerings take into consideration local tastes. Radisson’s grab-and-go breakfast service is offered globally, and usually includes things like toast and eggs for international travelers. But in northern India, there are also paranthas, a pan-fried flatbread, with curried pickles and a yogurt drink called lassi.

Kachru offers a surprising example of the details that can require adaptation: Drapes at the Radisson in Varanasi must be made of local natural silk, as it is forbidden by local law to use the artificial substitute, rayon.

Service standards are also different than in the United States or Europe. As the cost of labor in India is much lower, “guests do expect a higher level of service,” Joly says. The average ratio of employees to rooms at an Indian hotel is 1.6 compared with 0.9 in the U.S. Kachru says when a guest checks into an Indian hotel, it is not unusual to be escorted by one attendant to the elevator, another attendant in the elevator, and a third from the elevator to one’s room.

Joly laughs. “In hotels in India,” he says, “I have my own personal butler. I am leaving for Stockholm tomorrow, and I can guarantee you there is no personal butler for me there.”