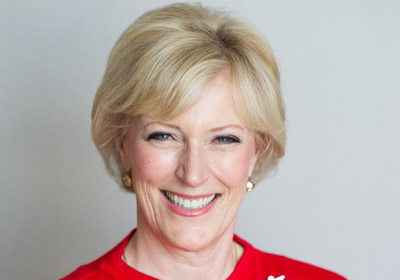 Carlson CEO Trudy Rautio will retire, effective May 1, and the company will adopt a two-CEO leadership structure for its hotel and travel divisions.

“We are grateful for Trudy’s many contributions over nearly two decades of service at Carlson, she has been a key figure in the success of this company,” said Diana Nelson, chair of the Carlson board, in a statement. “Trudy has also been a respected role model and leader for our industry, and a staunch supporter of key travel and tourism issues, including combatting human trafficking, workforce development, and job creation.”

In a move the company said it has discussed—with Rautio’s input—after the 2014 sale of its $2.7 billion TGI Fridays restaurant chain, Carlson will soon have separate chief executives for its travel and hospitality platforms. David Berg, Carlson’s chief operating officer, will be promoted to CEO for Carlson Hospitality where he will lead its global hotel business and the Carlson corporate center’s functions. Doug Anderson will helm Carlson’s travel division. Anderson is CEO of Carlson Wagonlit Travel (CWT), a travel management company of which Carlson acquired 100 percent ownership in June 2014.

The Star Tribune reported that Carlson’s hotel division saw revenue growth of 4 percent last year, to $7.8 billion. CWT has not yet reported 2014 numbers but its 2013 sales totaled $26.9 billion, according to the newspaper.

In addition to its Fridays sale last year, Carlson has also expanded in Asia and debuted two hotel brands under Rautio’s watch.

Twin Cities Business named Rautio an Outstanding Director in 2013 for her service on the St. Paul-based Securian Financial Group board as it navigated the 2008 financial crisis. She now sits on six boards after joining Wayzata-based Cargill’s board of directors last December.