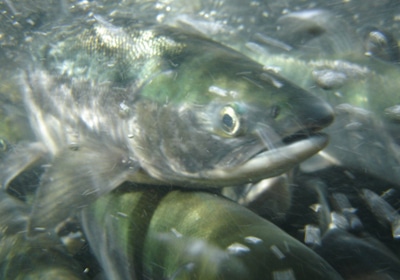 The Minnetonka industrial and agriculture giant continues investment in the aquaculture industry, which is now larger than beef production.
August 27, 2015

Cargill has taken a deeper dive into the seafood industry with its agreement to purchase EWOS, a Norwegian salmon feed maker, for €1.35 billion, or roughly $1.5 billion.

The deal will be Cargill’s second-largest dollar-figure purchase ever by the Minnetonka-based company. The purchase also marks Cargill’s second aquaculture acquisition in the last month. On July 21, Cargill announced a joint venture with Ecuadorian company Naturisa to build a $30 million shrimp feed facility in Guayaquil, Ecuador. Cargill said the move was driven by “a historical shift in food production with farmed fish surpassing global beef production.” Worldwide fish production reached 66 million tons in 2012 versus 63 million tons of beef, according to research by the Earth Policy Institute.

“With the need for protein expected to grow by 70 percent worldwide by 2050, farmed fish and shrimp offers one solution to meeting this demand,” said Sarena Lin, president of Cargill’s Feed & Nutrition business, in a statement. She added that “Cargill intends to play a major role in this growing and important market.”

EWOS, which is currently owned by equity funds, is considered a global leader in aquaculture nutrition. With more than 1.2 million tons of salmon feed produced annually by EWOS, the company supplied feed for the biggest salmon producers in the world.

“Cargill and EWOS will create a new, world-class aqua feed supply capability that will support the growth potential for fish and seafood consumption and create new opportunities for customers and employees alike,” EWOS CEO Einar Wathne said in a statement.

Cargill said it expects EWOS to “contribute complementary expertise and leadership” to Cargill’s existing aquaculture capabilities in Mexico, Central America, China, the U.S., Southeast Asia, India and Ecuador. Cargill already holds significant leverage in the research and development sector with its 15 R&D and technology application facilities spread out across the globe.

In early July, Cargill sold its pork division for $1.45 billion to the American subsidiary of Brazil-based JBS. Cargill said the offer was one it “had to consider.”

No changes in employment are expected for EWOS employees. The deal is pending regulatory approval and is expected to close before the end of the calendar year.