Smits succeeds former CFO Sergio Rial—who resigned from his post in late November in order to return to his native Brazil for unspecified personal reasons.
April 11, 2013

Smits replaces former CFO Sergio Rial—who resigned from his post in late November in order to return to his native Brazil for unspecified personal reasons. Since then, the company's President and Chief Operating Officer David MacLennan has served as interim CFO while Cargill’s board has searched for a permanent successor.

A native of the Netherlands, Smits worked in financial management positions in Europe, Latin America, and Asia for consumer products giant Unilever in the mid-1980s and 1990s. He then became CFO for retail group Vendex KBB and telecommunications service company KPN, both of which serve a variety of European markets.

Smits was named CFO of Downers Grove, Illinois-based Sara Lee in 2009 and subsequently became its CEO in early 2011. Under his leadership, the company was split into two separate companies—Hillshire Brands, a food company that offers products under brand names that include Sara Lee, and D.E. Master Blenders 1753, an international coffee and tea company.

Cargill Chairman and CEO Greg Page said in a statement that Smits’ “global experience in financial management and the food industry will be a tremendous asset to the company,” which provides services within the agricultural, financial, and industrial markets.

Smits joins Cargill at a time when its financial performance is strong. Cargill reported a four-fold rise in profits during the second quarter that ended November 30. Net earnings totaled $409 million within that period, up about 309 percent from the same period the prior year. Revenue during the quarter, meanwhile, climbed 6 percent to $35.2 billion.

Those results marked the second consecutive quarter of significant growth following a dismal conclusion to the company’s last fiscal year. Cargill’s earnings plummeted more than 80 percent during last year’s fourth quarter and then climbed more than 310 percent in the first quarter of fiscal 2013.

The company will release its third-quarter results on April 9.

Cargill is America’s largest private company based on revenue, which totaled $133.9 billion in the most recent fiscal year. 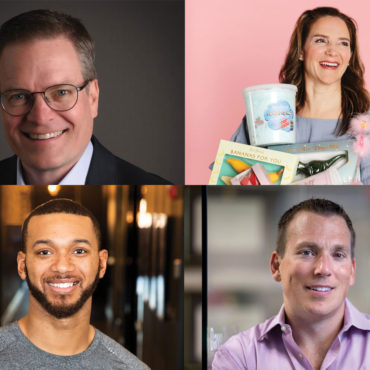