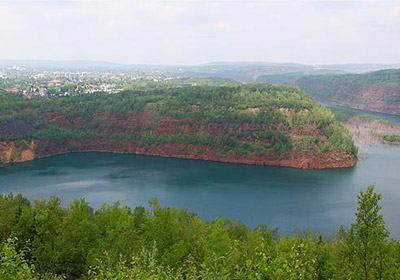 Republicans aren’t being shy about trying to poach typically Democratic votes on the Iron Range for their slate of candidates this fall, capitalizing on a rift between pro-mining Democrats in northeastern Minnesota and environmentalists over a proposed copper and nickel mining project.

Most agree—all of these are more effective campaign slogans in the state’s economically struggling mining towns than incumbent DFL Governor Mark Dayton’s “let’s wait and see” approach, or even Democratic U.S. Senator Al Franken’s calls to complete an environmental impact statement (EIS) but still move ahead with the project. They are responding at least somewhat to opposition to the project from environmentalists, who fear the untested non-ferrous mining project could damage the area’s pristine lakes for hundreds of years to come.

But the Republican messaging has DFL political operatives worried that mining support will push the longtime labor voters in northeastern Minnesota into the GOP column. In a midterm election with DFL turnout outlook already low, many operatives say Iron Range votes—while dwindling—could be critical in the race for the Eighth District, the governor’s office and possibly even a handful of state House seats.

Long term, Democrats are looking for a way preserve Iron Rangers as a continuing part of the state party. Leaders recently indefinitely spiked a debate over including mining support in the party’s platform, but it’s an issue that can only be pushed off for so long.

“The thing that’s more dangerous with mining isn’t the votes that are in play but the fact that it creates a sense of discord and chaos and that makes people uneasy,” DFL Iron Range blogger and longtime political activist Aaron Brown said. “There’s a general frustration and malaise over the fact that for 40 years we’ve watched decline—not growth—on the Range. There’s frustration with that, and some believe mining new minerals will solve that, others no.”

When it comes to Dayton and Franken, both of whom are up for reelection this fall, it’s easy for political operatives to point to their last narrow margins of victory in the 2008 and 2010 elections. Franken famously won his race six years ago after a protracted recount by only 312 votes. Dayton won his first race for governor in 2010 after a much shorter recount and with a margin of nearly 9,000 votes.

This fall is shaping up to have similar dynamics to 2010, a midterm election that saw DFL voter participation drop considerably. That year also saw a surge in GOP participation in response to the passage of the federal health-care overhaul, which knocked the late 36-year DFL incumbent U.S. Rep. Jim Oberstar out of the Eighth District in favor of political newcomer and Republican Chip Cravaack.

That upset rocked perceptions of Democratic support in the Iron Range, but Dayton did well in the area that year, touting his support for mining jobs and pulling in votes many considered critical in the close race. He could lose some of those votes this year, some say.

“[Mining] might hurt [Dayton] a little this election, there’s no doubt about it. Both he and senator weren’t the biggest winners in their last elections, and everyone knows that,” former Iron Range state Representative Tom Rukavina said. But overall, Rukavina thinks most Range Democrats won’t be so quick to abandon the DFL Party for another party that has historically butted heads with the region.

“Tim Pawlenty took $50 million from our mineral fund for the budget, which would have solved some of this, and three years ago Republicans tried to take $60 million in local taconite taxes,” he added. “I think the Republicans have been no friend to the Iron Range.”

That same fortune may not fall on DFL State Auditor Rebecca Otto, who made a statement about mining last October when she voted against 31 nonferrous mineral leases over potential cost overruns to taxpayers on the PolyMet project. Afterward she sent out a fundraising email blast noting that she was the lone no vote on the state’s Executive Council against the leases. That riled DFLers on the Iron Range, where “Dump Otto” signs quickly started popping up in yards.

While Otto doesn’t claim to be pro- or anti-mining, she’s facing an intra-party primary challenge from former House Minority Leader Matt Entenza, who has made his support of the PolyMet project one of the key differences between the two in the campaign. Republican-endorsed auditor candidate Randy Gilbert is also pushing his support for mining.

“I don’t think Rebecca Otto is going to come up here and do very well,” Rukavina noted.

But just how many votes do statewide candidates stand to lose in the Iron Range mining towns? Mining has been on the decline in Minnesota since the 1960s, making the voice of the miners less of an economic and political force. The district has shed tens of thousands of residents since the 1980s, and those who do move in don’t necessarily thinks of mining as their top issue.

“We are talking about single-digit thousands, a few thousand people in the cities and townships of the predominantly eastern Iron Range, that are motivated by mining and would considering breaking the DFL in certain races,” Brown said. “All Dayton or Franken or Otto would have to do would make up those votes in the suburbs or in the metro.”

Eighth District DFL Chairman Don Bye, who has served in that role since the 1970s, said he thinks the issue touches the district more broadly than just the people living in mining towns. “Every job in the mine or mining area was the focal point of about eight jobs throughout the area,” he said.

Eighth District Republican Treasurer Ron Britton said even DFL legislative candidates could see their usually solid margins slim this year. “The local Democratic legislators are taking a hit from the metro-area environmentalists who have proposed stopping the mining up there. That’s our basic industry,” Britton said. “This means there’s a lot more sentiment for the Republican Party than probably in the last election.”

“Rebecca Otto is the most anti-mining statewide elected official but Rick Nolan fell right in behind her, putting party over the good of the Iron Range,” Mills said. “The bottom line is you can’t say you support mining and support Rebecca Otto.”

But University of Minnesota Duluth political science professor and former DFL lobbyist Wy Spano says he doubts Mills’ argument on Otto alone will be enough to tie Nolan to anti-mining sentiment. “It’s really kind of just hard for me to believe that it’s an issue you could make stick,” Spano said. “He endorsed somebody—that’s too inside baseball for most voters.”

Nolan's campaign manager, Kendal Killian, dismissed the criticism from Mills, saying the Fleet Farm executive can't connect or relate with “middle class folks in mining communities or anywhere else.” “He’s never even had to apply for a job,” Killian said. “His campaign is struggling to gain support on the Iron Range and this desperate attack won’t change that

In the long run, some Democrats are less worried about the election cycle and more about how to preserve the longtime participation of Iron Rangers in the Democratic-Farmer-Labor Party.

Nancy Larson, a former DFL lobbyist and a longtime activist who grew up on the Iron Range, is concerned over a call from environmentalists to push a broad EIS that would not only impact the PolyMet project, but could potentially endanger mining projects already underway. That could tip support on the Iron Range with Republicans for many years to come.

“They are pushing so hard,” she said. “If they are successful at that, that will really undermine [the mining] side. There’s always going to be conflict on the Range, which is not unusual. Certainly it doesn’t have the clout it used to have, but that’s an area of the state that’s important to [Democrats] and we care about and we want to keep it strong.”

One thing is certain: the political jockeying from Republicans has left Iron Rangers with a feeling of dejectedness from both political parties over the last several election cycles.

“These are bar-stool independents,” Brown said. “These are frustrated folks who aren’t getting what they want from the Democrats, but they haven’t forgotten what was taken from them when Republicans had power.”