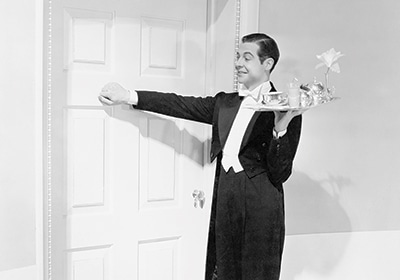 Uptown remains hot from a development standpoint—its last vacant lots are quickly filling with buildings. And after years of speculation, there’s serious talk that a long-anticipated hotel could finally become a reality.

“We are looking for an Uptown site. We’ve got three locations that we’re kind of looking at,” says Ben Graves, a principal with Minneapolis-based Graves Hospitality. (In early July, Graves sold its signature local property, the 255-room Graves 601 Hotel in downtown Minneapolis, to Loews Hotels & Resorts for $65 million.)

Uptown could support a smaller “lifestyle hotel” that would cater to the creative class, Graves figures: “I think it’s going to be a boutique scale. You can’t be smaller than 100 units to be efficient. . . . It would have its own restaurant and bar, and that would help support the hotel.”

One site fueling speculation is 1301 W. Lake St., a vacant parcel next to Calhoun Square that once housed a Music Go Round store. The Minneapolis-based Ackerberg Group acquired the site when it bought Calhoun Square in April.

“We agree that Uptown is ripe for a hotel. We are talking to a number of high-quality hotel providers,” says JoAnna Hicks, director of development for the Ackerberg Group. “It’s definitely one of the uses that we’re looking at for that spot.”

Hicks says that Ackerberg is looking at mixed-use options for the empty plot of land, but declines to say if it is talking to Graves. Several years ago, Graves partnered with Ackerberg to pitch a hotel in one of the proposed versions of the MoZaic project, but that concept stalled when the economy tumbled. (It was later built combining office and retail space with a parking ramp.)

But today, the lodging market looks better. “I think the [Uptown] market’s got a lot of depth and demand. I actually think it would do very well,” says Ted Leines of Eden Prairie-based Leines Hotel Advisors.

Even so, Graves expects potential lenders to view Uptown as an untested hotel market: “It would be stepping out on a limb because there’s nothing there.”