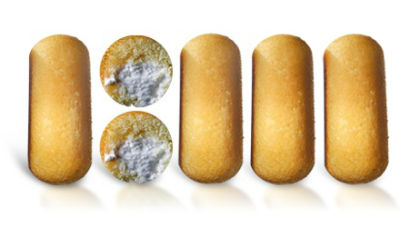 The ad agency will select its summer interns from a group of 13 finalists based on their ideas to revive the well-known brand.
April 19, 2013

Minneapolis-based ad agency Campbell Mithun has narrowed its list of summer intern applicants to 13 finalists, who were selected based on their proposals to revive the Twinkies brand.

The “Lucky 13 Internship,” which received its name from Campbell Mithun co-founder Ray Mithun, will go to individuals whose original advertising ideas go against the grain. Although this year’s chosen interns will not actually implement their Twinkies branding ideas, they will work for other clients.

The Lucky 13 Internship application process commenced March 1, targeting college students with a graduation date between fall 2012 and summer 2014. Each applicant submitted a rÃ©sumÃ©, cover letters to pitch their rebranding idea both to the new owners of Twinkies and to Campbell Mithun, and a link to a website containing an online presentation of the idea.

Kristine Olson, Campbell Mithun’s director of corporate communications, declined to reveal how many individuals submitted applications for this summer’s Lucky 13 internship. But she told Twin Cities Business that this year’s application process was intentional about using an actual marketing situation as a learning opportunity. Using the revival of cult brand Twinkies as a case study offers applicants a tangible way to understand how a brand’s ad campaign comes to life.

The Twinkies brand revival assignment comes shortly before the product itself will return to shelves. Twinkies' former owner Hostess declared bankruptcy in January 2012 and more recently sold the Twinkies brand for $410 million to two investment firms, which plan to reintroduce Twinkies to consumers this summer.

This isn’t the first time Campbell Mithun has presented a real-world advertising opportunity to applicants; in 2011, the ad agency chose its interns based on applicants’ well-crafted “career-launching tweets.”

Using digital and social media to promote the Twinkies brand was a common theme among the 13 finalists, who represent a variety of cities and schools nationwide (and two of whom attend the University of Minnesota.)

One finalist envisioned a search reminiscent of Willy Wonka, using clues distributed through social media, for his “The Hunt for the Golden Twinkie” proposal; to celebrate the golden Twinkie contest’s conclusion, this finalist suggested a Twinkies-themed party in New York complete with potential sponsor Smirnoff touting its cream-flavored vodka. Another finalist suggested interviewing those who stockpiled Twinkies and creating a reality show parody with her “Fate of the Twinkie Hoarders” proposal. A third designed a proposal to combine the nostalgia of past Twinkies ad campaigns with the hype surrounding the brand’s future in his “Bring Back the Good Times; Harness the Hype” presentation.

After further reviewing the 13 finalists’ applications, Campbell Mithun will select three to seven to fill internship positions with the agency. The ad agency will make its final decision at the end of this month.

Campbell Mithun is Minnesota’s sixth-largest ad agency based on its net revenue, which totaled an estimated $36 million in 2011.