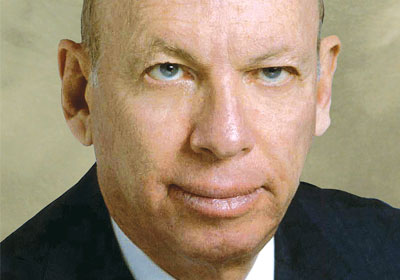 An esteemed predictor of the unexpected offers his current top 10 list for investors.
May 11, 2010

The other thing Wien likes about surprises is making them less surprising. For the past 25 years, he’s issued an annual list of “10 Surprises” for the coming year—developments he believes will catch investors off-guard.

A proverbial lion of Wall Street, Wien was in Minneapolis recently to speak to the clients of Jeffrey Slocum and Associates, a pension fund advisory and money management firm. He offered up this year’s list.

2) The Fed begins to raise interest rates in the second quarter. The Federal funds rate reaches 2 percent by year end.

3) Heavy borrowing by the U.S. Treasury, and some reluctance by foreign central banks to keep buying notes and bonds, drives the yield on the 10-year Treasury above 5.5 percent. Banks lend more to companies and individuals, reducing their demand for Treasuries.

4) The S&P 500 rallies to 1,300 in the first half, then runs out of steam and declines to 1,000, ending where it started the year, at 1,115. Although the economy is strong and earnings exceed expectations, rising interest rates and full valuations raise concerns about long-term growth and private and public debt obligations.

6) Japan stands out as the best performing major industrialized market in the world as its currency weakens and its exports improve. Investors focus on the attractive valuations of dozens of medium-size companies in a market selling at one-quarter of its 1989 high. The Nikkei 225 rises above 12,000.

7) To be a leader in climate initiatives, President Obama endorses legislation favorable for nuclear power development. Arguing that going nuclear is essential for the environment, will create jobs, and reduce costs, Congress passes bills providing loans and subsidies for new plants. Coal accounts for about 50 percent of electrical power generation; Obama pledges to reduce that to 25 percent by 2020.

8) Improvement in the U.S. economy energizes the Obama administration. The White House undergoes some reorganization and regains its momentum. In the November congressional election, the Democrats lose only 20 seats, far fewer than expected.

9) When it finally passes, financial services legislation proves to be softer on the industry than feared. Consumer protection and financial reporting transparency increase, leverage is tightened, and scrutiny of derivatives is increased, but regulatory changes for investment bankers and hedge funds are not onerous. Trading volume and merger activity increases; U.S. financial services stocks become exceptional performers in the U.S. market.

10) Civil unrest in Iran reaches a crescendo. Ayatollah Khameini pushes out Mahmoud Ahmadinejad in favor of a more public-relations adept leader. Economic improvement becomes the key issue and anti-Israel rhetoric subsides. Because of its weak government, Pakistan becomes the hotspot in the region.

Of the 10, Wien called his prediction about the Japanese stock market “the perfect surprise . . . because nobody believes it. Good things wouldn’t have to happen; only bad things would have to stop happening.” The surprise that he expects to have the biggest economic impact? The shift from coal-fired to nuclear power.

Wien has a pretty high bar to hit this year. Depending on how strictly a person interprets his predictions, he hit either seven or eight out of 10 in 2009.

As he looks back on his track record as a prognosticator, Blackstone Group’s Wien, who is 77, says the pressure to be right only increases: “When you’re young and you’re wrong, you’re just wrong. When you’re old and you’re wrong, people think you’ve lost it, and they walk up to you and ask, ‘Are you all right?’”

He cuts his list off at 10 surprises, but at the Jeffrey Slocum and Associates event, Wien shared a few more that didn’t quite make the cut.

12) Oil: Economic recovery leads us back to oil at $100 a barrel. The simple fact is that we’re not producing enough oil to cover the increased demand from developing countries.

13) Commercial real estate: It will not be “the next shoe to drop.” That market is already bottoming, and won’t be as bad as everyone thinks.