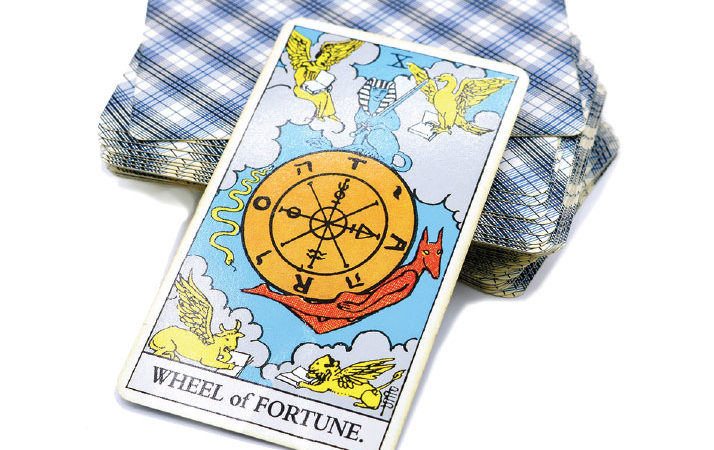 Business is Good, But What’s Around the Corner?

Minnesota bankers forecast steady credit demand despite worries of a slowing economy.
By Burl Gilyard
May 10, 2019

The extended bull market and healthy economy have been good for banks that have been steadily lending to companies with plans to expand, acquire real estate, or buy new equipment. The Washington, D.C.–based American Bankers Association (ABA) reported that business lending was up 7.8 percent in 2018.

But as the calendar turned to a new year, fresh clouds of uncertainty appeared on the horizon. What’s out there? No one knows what kind of economic challenges may surface or how harmful they could be, but everyone is nervous amid stock market volatility and global economic concerns.

It’s possible there will be nothing more serious than a slower pace of growth for the year ahead.

In January, the ABA’s Economic Advisory Committee did not see a crash at hand, but noted that economic headwinds underscore the need for caution: “While the committee does not forecast a recession in 2019 or 2020, it recognizes the heightened uncertainty and increasing downside risk for the U.S. and global economy. The committee sees a 20 percent chance of a U.S. recession this year and a 35 percent in 2020.”

That summary reflects the views of many local bankers; the sky is not falling, but growth will likely be modest in the year ahead. Interest rates are higher than a few years ago but aren’t having much of an effect on lending volume. Everyone is closely watching a wide range of data and indicators for signals about where the economy is headed.

In mid-March, the Federal Reserve declined to raise interest rates. “It may be some time before the outlook for jobs and inflation calls clearly for a change in [interest rate] policy,” Fed Chairman Jerome Powell said at a news conference.

Interest rates are effectively the cost of capital for business owners. A typical small business loan has an interest rate of about 5 percent today. Many business operators are too young to recall the double-digit interest rates of the late 1970s and early ’80s: In December 1980, the prime rate hit a mind-boggling 21 percent. Taking the long view, interest rates are still historically low, despite several upticks in the last few years. Dolphin says that the current interest rate environment hasn’t had much effect on his customers.

He notes, however, that current capitalization rates on investment properties might be one signal that we’re reaching the end of the economic cycle of expansion. Cap rates are a standard measure of the expected yield on a commercial real estate asset and have become increasingly compressed, pushing yields lower and lower for investors. Even so, Dolphin says he can’t find broader numbers that would make a strong case for a significant economic slowdown.

“I don’t see any hard-and-fast data and defaults or anything that would lead me to believe that we’re there,” says Dolphin of any potential recession repeat. “I think businesses overall seem to be doing fairly well profitability-wise.”

The latest Wells Fargo/Gallup Small Business Index, released in early February, found “declining optimism” among surveyed small business owners. First-quarter 2019 results had an overall index score of 106, down from 129 in the fourth quarter of 2018. (Answers are scored to create an index value. An index score of zero would grade small business owners as neutral, neither optimistic or pessimistic, about their companies.)

The fourth-quarter 2018 result actually stands as the highest score for the index since it began in 2003. The low point was an index of (-28) in the third quarter of 2010. Wells Fargo & Co. is based in San Francisco, but has a large presence in Minnesota.

Prepared for a Slowdown

Here’s the outlook of small business owners, according to the latest Wells Fargo/Gallup survey:

For business owners that were operating during the 2008 recession, what were the greatest lessons learned since that downturn? Top answers:
Conservative capital management and frugality 19%
Monitoring cash flow 12%
Good planning 9%

“A lot of our clients, they’re remaining very positive about the economy, but they continue to be cautious,” says Nick Brinkman, vice president of commercial banking with St. Paul–based Bremer Bank. “From what we’re seeing, credit line usage is really low—businesses are conserving cash.”

Many small business owners are managing their businesses very efficiently, in part to be in a better position if there’s a downturn in the economy, he says.

The financial pain of 2008 and 2009 was recent enough for customers that they are “prepping in case something does happen,” Brinkman says. “There’s the anticipation that there will probably be a blip, but nobody knows how big it’s going to be.”

During the 35-day partial shutdown of the federal government, no one could secure approvals for any new loans backed by the U.S. Small Business Administration.

“It didn’t kill or stop any of our deals, but it slowed them down,” Brinkman says of Bremer’s SBA loans. The shutdown left some small business owners in limbo until the government reopened, which was frustrating, Brinkman says, but overall business remains solid.

“It was fairly steady and fairly comparable to the year before,” Brinkman says, of small business loan volume during 2018. Bremer saw a small uptick in business lending for the year. “I think 2019 will still be a good year.”

Tom Ethen, vice president and director of SBA lending for St. Cloud–based Stearns Bank, notes that many economic experts are projecting some kind of slowdown for the year ahead. While it might sound counterintuitive, it could actually boost small business lending.

“SBA lending actually increases in a down economy,” Ethen says. “The goal is to have credit available to these businesses regardless of what economic conditions are.” Stearns Bank is an approved nationwide SBA lender with customers in all 50 states.

Technology is an increasingly important part of the business.

“We see customers that are becoming much more tech-savvy, that are really looking for an expedited and easy way to interact with their bank. We realize that our small business customers are really 24/7 these days,” Ethen says, noting that many small business owners wind up dealing with bookkeeping issues on nights and weekends.

Use of DocuSign, which offers digital signature and transaction technology, has become routine in the age of online finance. “Almost all of our loan closings now occur through DocuSign,” Ethen says.

“Interest rates [are] really the least of their worries,” Ethen says. Bigger concerns for small business owners are issues such as an increasing minimum wage and health care costs, he says. “Those items are definitely more impactful on small business than the current cost of their credit.”

The economic expansion unfolded gradually over a decade. Looking ahead, it’s tough not to recall the counsel of baseball great Yogi Berra, who reportedly said, “It’s tough to make predictions. Especially about the future.” Then again, Berra was not generally regarded as an economic scholar.

“There are some early warning signs that something may happen,” Dolphin says. But then he adds, “I’ve been stating this for three, four years.”

But for now, bankers say that business is solid.

“We had a really big surge in the last couple of months in [2018], especially on the equipment side. A lot of businesses were buying equipment,” says Veurink of U.S. Bank. “January and February have been just OK. Obviously, in this town, the weather doesn’t help at all.”

Veurink says that he hasn’t seen credit line usage from business customers move much at all, neither significantly down or up. In some cases, he says, customers are looking to spend money but can’t find a way to do it.

“We have a lot of people who have said to us, ‘If I can find a building, I’m going to buy it.’ But they can’t find what they’re looking for,” Veurink says, referring to customers seeking industrial or manufacturing properties. “Those buildings are not in high supply.”

Ultimately, Veurink says that it can be tough to separate emotion from market reality when trying to read the economy.

If one looks at data and sets aside their feelings, “those factors would tell you there isn’t going to be a recession quickly,” Veurink says. “Housing isn’t overbuilt, there’s still demand. There’s plenty of demand from consumers and that drives the economy. I’d say the biggest fear for everybody is the weakness of economies in other parts of the world. I think that’s where people are most concerned.”