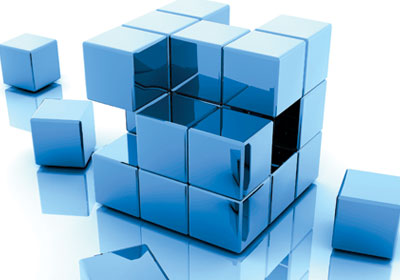 How centers and institutes fit into business and management education in the Twin Cities.
By Jamie Swedberg
May 11, 2012

About three years ago, some alumni of St. Paul–based William Mitchell College of Law got together to talk about a phenomenon they’d noticed: They, and a lot of the school’s other graduates, had gone on to forge successful careers in business rather than in law.

“All of us agreed that not only did we not regret going to law school,” says Jann Olsten, executive director of the Center for Law and Business at William Mitchell. “We were of a mind that the critical thinking skills that we developed in law school came into play almost every day running a business. But what we then asked ourselves was, was there more that the law school could have done for us while we were in law school that would have better prepared us for our careers?”

This was the seed that grew into the school’s Center for Law and Business, founded in 2010. It offers business courses to law students, and in many ways is similar to an ordinary academic department. But, Olsten says, it also has a significant outreach component that makes it more than just a department.

“What we’ve spent a fair amount of time at is not just developing the curriculum at the law school, but also working with businesses and law firms to identify what additional knowledge, skills, and attributes would be valuable to someone who has a legal education if they were to go on to careers in business,” he explains.

The name alone automatically gives it more visibility than a department would have, Olsten says. That was intentional, since teaching business in a law school was something that hadn’t been done elsewhere. By calling the new entity a center, the founders hoped to give it more prominence and more focus, particularly as it was getting off the ground.

“The Medical Industry Leadership Institute does a whole sort of set of courses which have MILI designators,” says dean Sri Zaheer. “Similarly, the [Gary S.] Holmes Center for Entrepreneurship courses, courses with an ENTR designation, are run through them. But a center is typically also focused around a phenomenon, such as entrepreneurship, or has some interdisciplinary element to it, like the Center for Integrated Leadership, which is a joint center between the Carlson School and the Humphrey Institute. And all centers have an outreach mission.”

The hope, too, she says, is that the creation of an institute will become an opportunity for future philanthropy—if, for example, someone has an interest in naming the institute, they can do that with a gift.

A center or institute can help to tell the story of a school. That’s definitely the case for the Carlson Global Institute, says Michael Houston, associate dean of global initiatives. “It’s very important for business schools to have a global identity, and having a distinct center or institute dedicated to the global strategy of the school helps that identity,” he points out.

Centers and institutes “serve the obvious function of visibility,” says Paula King, dean of the St. Catherine University School of Business and Leadership in St. Paul. “They serve the function of telling the story of St. Catherine University, and the School of Business and Leadership, through their programming. They serve to create and renew connections, as we promote events through [the centers] and invite people to come to them.”

Many centers at the Carlson School pull in faculty members from academic departments to teach courses under their designation. But it doesn’t work like that everywhere. Centers and institutes at most institutions make heavy use of adjunct faculty because of their atypical or specialized subject matter.

The Medical Industry Leadership Institute was founded in 2005 in response to market demand that was keenly felt in Minnesota’s medical technology–heavy business community.

“We did it because that’s what the firms that our students are being hired by wanted to see,” says Director Stephen Parente. “We compete with Wharton and Harvard and other places for placement, and one of the comments was, ‘These folks are coming to us, and they have really good, broad strategic skills and good finance skills, but they don’t know anything about the human body. It’d be great if they knew something before they showed up.’”

“We pretty much engage the tenure-track faculty on an on-demand basis,” Parente says. “And what we don’t have, we supplement with adjuncts.

Some of the adjuncts tend to be very specific, where the tenure-track faculty couldn’t offer the course. For example, we have a course entitled Anatomy and Physiology for Managers that is taught by an internal medicine physician who’s also an entrepreneur. There’s nobody that’s a tenure-track faculty person who’s a physician at the Carlson School.”

Hamline University’s year-old Center for Public Administration and Leadership functions (at least for now) largely as a continuing education entity. It, too, makes heavy use of adjunct professors.

“We started out by doing targeted certificate and professional training,” Director Bill Joynes says. “We do programming for fire chiefs, police chiefs, public works supervisors, and economic development supervisors. We’ll be looking at doing additional programming for Minnesota’s Water Works Association and some of the housing people. It’s professionally targeted training, 90 hours of contact over the course of seven months. The School of Business issues a certificate through the center for people that go through this.”

Joynes says the training programs are taught by working professionals, many of whom are alumni. And, he notes, the center is self-sustaining: The money from the courses fully funds its activities.

Course offerings bring in money for many business centers. But most of them also depend, at least to some degree, on endowments. For example, because the William Mitchell College of Law’s Center for Law and Business teaches something besides law courses, director Olsten was loath to divert any tuition dollars to it.

“So what we said, when I joined the school, was, ‘We will raise all of the money necessary to put this on,’” he says. “We’re largely self-funded. We’re raising the money primarily from alums, law firms, and businesses that are interested in support of the concept.”

John Stavig, professional director at the Carlson School’s Holmes Center for Entrepreneurship, says that his center’s courses don’t provide revenue because they’re part of the MBA program. So the Holmes Center depends on corporate and individual donations.

“We’ve had to sort of function and grow, and field a lot of our activities, based on what we can raise externally through corporate donations and endowments and sometimes fees, rather than through the normal processes,” Stavig says. “We also have the ability to do grant research as well, so we’ve attracted revenue through grant funding.”

Entrepreneurship is a major focus at the Carlson School. But, Stavig notes, it’s not something that’s easily taught out of a book. The Holmes Center’s outreach focus and its connection to the business community help the Center connect students to real-life experiences.

“The biggest outreach program that we have is organizing the Minnesota Cup competition, which was cofounded by two of our alumni,” Stavig says. “We’ve increasingly taken on a role of organizing that in partnership with them—hosting the events, aligning mentors for it, and organizing the sponsors. That’s become now the largest statewide new business competition in the country. We’ve had more than 6,000 entrepreneurs participate in that since 2005.”

Although a large part of the Center for Law and Business’s mission is curriculum, there are two other parts: programs and outreach. Olsten says programs are often inspired by topics that can help increase students’ awareness of business and nontraditional careers, but don’t warrant an entire course on their own. The school brings in speakers to talk about government affairs, human resources, banking, regulatory compliance, and other business fields that don’t require a JD, but might be of interest to law students.

But it is outreach that helps guide the center’s future activities. A large part of it is “talking to businesses about what might be valuable to them,” Olsten says. “Working with the businesses is really an important part of the value we’re trying to add for students, because we need to make sure that businesses understand that law grads who choose to go into business aren’t necessarily doing it because they can’t get another job. It’s because they truly have an interest in, and have dedicated part of their education to preparing themselves for, business. Externship programs and internship programs are a big part of our outreach effort, too. We had three interns this past summer working in business, not in law.”

In addition to accomplishing its own self-contained mission and goals, a business center or institute can help express the mission of a school as a whole. “The School of Business and Leadership is built on four pillars: sustainability, innovative spirit, global justice, and practice-ready graduates,” says St. Catherine University’s Paula King. “And that was part of the reason we founded the Center for Sales Innovation in 1998, with 3M as our early partner. We’re about economic justice for women, and we saw a strategic opening in the marketplace to develop a center for sales, because nobody else was doing it.”

The center is designed to provide sales education at the bachelor’s level, and focuses especially on health care sales and business-to-business sales, two of the strongest segments of the market. But it also reaches out to the community via programs such as its Women in Sales Leadership program, for professional salespeople, and its Sales Executive Forum, which is designed for senior executives.

“The center provides professional development for people out in the sales world,” King says. “There’s academic research about sales that takes place, and some custom training. We also have engaged in research and curriculum development to ensure that we’re really at that leading edge of sales curricula. Departments wouldn’t do that. Because of the center, we’re ranked as one of the top 10 sales programs across the country. Our students leave extremely well-prepared.”