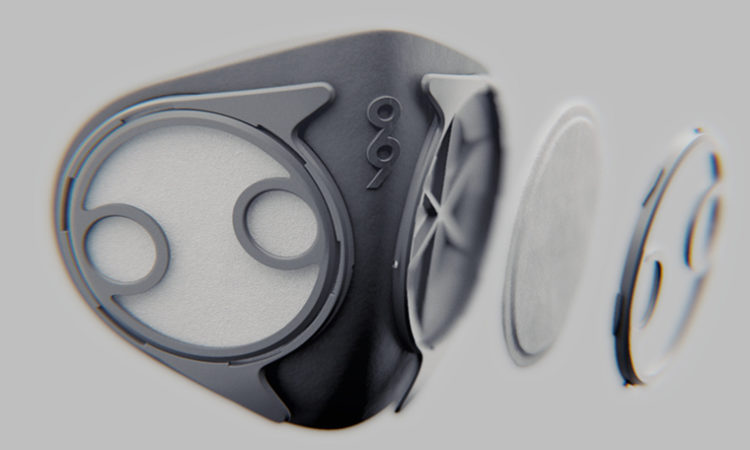 With funding secured from philanthropic organizations and Kickstarter, the company looks toward FDA authorization.
By Kait Ecker
April 17, 2020

Minneapolis-based startup Breathe99 on Thursday announced the launch of its respirator mask after securing funding from philanthropic foundations and Kickstarter.

The company is now gearing up to begin high-volume production of its B2 masks to help stop the spread of Covid-19, said CEO Max Bock-Aronson. Breathe99 has been working on the product for four years.

“We are pretty much ready to push the button and ramp up in production to get these products to the people who need the most, especially those who are on the front lines of the crisis,” he said.

The Venn Foundation is providing the company with a “program-related investment loan,” which functions much like a grant, though Breathe99 will be required to pay it back at below-market rates. The Bush Foundation and other donors are pitching in an initial $100,000 toward the loan; the end goal is to reach $300,000 in total. In addition to the philanthropic support, as of Friday afternoon, the company had raised over $88,000 in funding from Kickstarter, with numbers raising by the minute.

“I’m interested in creating a world in which the public is very resilient. And that we can respond to things like this more easily and more effectively,” Bock-Aronson said.

He was inspired to work in public health and respiratory health from his experience of living in Singapore in 2013, where 10 years prior the SARS epidemic hit. Made of reusable FDA-approved materials, the B2 respirator provides a 99 percent filtration of airborne particulates, and its filters can be replaced as needed.

“If a face mask that’s widely available to people can prevent long-term shutdowns like this, if it can prevent economic depression, where if everybody just wears a mask for two weeks, I would rather trade two weeks of wearing a mask. I’d rather do that than experience two months of shelter in place again,” he said.

The company went through multiple prototype iterations, feedback testing, and ethnographic research to land on the design. With the first round of production, Bock-Aronson is looking to create a feedback loop with consumers.

“There are always kinks to work out,” he said. “We want to make sure that investment is smart, and that what we’re producing at high volumes is the right product for the right customer.”

The company plans to do a small production run in June, with plans to continue producing through July, he said.

Breathe99 also is looking to secure an Emergency Use Authorization from the Food and Drug Administration, with the goal of obtaining it before the first shipments at the end of June. Bock-Aronson said the company is collaborating with Boston Scientific for the FDA approval. Boston Scientific recently helped U of M researchers develop a low-cost ventilator, which earned FDA approval this week.

“I think everybody should have access to high quality public health products. That’s really the basis of why I started working on this in the first place,” he said, adding that the company aims to convert to a public benefit corporation.

The Kickstarter campaign offers a give-one-get-one reward for backers, which provides a B2 respirator for a frontline health care worker for each customers’ mask purchase.

“My dream would be to create a platform that makes all basic public health products available to everybody, through this one-for-one business model that we’re building,” Bock-Aronson said.