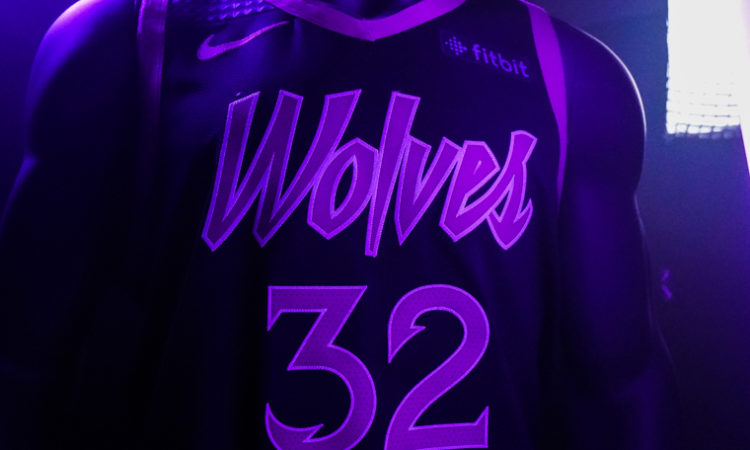 Breaking Down the Business Deal Behind the Timberwolves’ Prince Jerseys

Nike gave special preference to the royal purple kit it designed through a partnership with the Prince estate. More Prince-themed Nike gear could become available, and new Prince music may even make its way to Target Center.
By Sam Schaust
November 01, 2018

From the hidden paisley symbol on the shorts to the funky royal purple lettering, the Minnesota Timberwolves’ new City Edition jerseys revealed Thursday ooze “Purple Rain”-era Prince. Yet the uniforms—created by Nike with licensed materials from the Prince estate—are just one aspect of a business arrangement that intends to honor every decade and artistic phase of the Purple One.

Not only are the Prince-themed jerseys one of a few new (or retro) Timberwolves jerseys to be released this season, the concept itself was one of several the team considered for its City Edition kit. Other designs featuring Bob Dylan, the Mississippi River, and even an original Minneapolis Lakers jersey were in the mix. Some of those may crop up eventually, ESPN reports, but the Prince jerseys were one that had been in the works for more than a year.

In the lead up to the 2017-2018 NBA season, about a year after Prince’s death, apparel maker and NBA gear partner Nike approached the Timberwolves organization with a Prince-themed uniform. At the time, however, the idea was perceived by the organization as being “too soon” and was put on the backburner amid a franchise rebrand that included a new logo, colors and court design.

While the Timberwolves’ City Edition jerseys won’t make their on-court appearance until Friday, November 16 during the team’s home game against the Portland Trail Blazers, fans will have their chance to buy the limited-edition gear eight days before then. Chief strategy officer of the Timberwolves Ted Johnson says the Prince estate won’t receive a cut of the jersey sales, but they remain involved in the Prince-themed activities surrounding the five home games when Timberwolves players will don the purple jerseys. 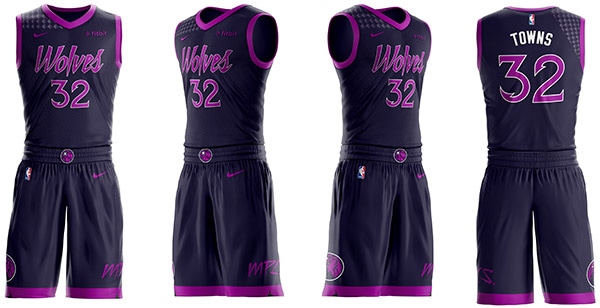 “It’s not just a uniform, it’s tied to a platform that we’ve built out—a purple outing if you will,” Johnson tells TCB from Prince’s former home, Paisley Park, in Chanhassen. “There are a lot of retail applications, and all of this is being done with the estate hand-in-hand.”

Johnson notes that beyond the jerseys, Nike is negotiating a deal with the Prince estate to do additional merchandising. Details still need to be hammered out, but Johnson says the arrangement could expand outside of basketball shorts and tops. “I think once they get that deal done we’ll see more apparel,” he says, “and not just athletic apparel.”

Furthermore, the Timberwolves were just one of two NBA teams selected by Nike this season to highlight the new City Edition jerseys made for each team. Along with the Brooklyn Nets (and their coogi sweater-lined uniforms styled after rapper Notorious B.I.G.), Nike conducted extensive video shoots to promote the two musician-based uniforms.

For the Timberwolves, Nike shut down 1st Avenue in front of the Target Center between 6th Street and 7th Street about two months ago to film its “Purple Rain”-themed jersey reveal video (shown below), which stars center Karl-Anthony Towns parking a look-alike of Prince’s infamous purple motorcycle.

Fans in attendance at each of the Prince-themed home games will be shrouded in purple light throughout the night, according to the Timberwolves organization, and will get the chance to see exclusive scoreboard materials modeled after Prince’s iconic style. During each game, the Timberwolves will also make a donation to a different charity chosen by the Prince estate—yet another nod to the late artist and his philanthropic past.

“We look forward to initiatives ahead—both on and off the court—that will extend from this campaign and echo throughout the Twin Cities and beyond,” the Prince estate said in a statement. “This partnership brings together the city of Minneapolis, and more broadly the state of Minnesota, in an exciting effort to uniquely honor Prince.”

But some unknowns remain. Johnson from the Timberwolves says the team’s partnership may even bring new music from Prince’s vault to the Target Center.

“If Sony is releasing a catalog of songs from Prince, [our hope is to] celebrate it,” he says. “We don’t know ourselves what the status is on new music from Prince’s vault, but certainly if it [releases] over the next six to nine months we would love to incorporate that.”

Promotional work around the Prince-themed games won’t be limited to the “Purple Rain” era of Prince’s life either, Johnson adds. “This is a celebration of the entire artist—all decades and his evolving style,” he says. “I’m sure this program will evolve as we continue working with the estate. And who knows? Maybe it becomes an annual thing.”

Fans who can’t make it to the launch night of the purple jerseys will still have four other chances at the Target Center: January 11 versus the Dallas Mavericks; February 13 versus the Houston Rockets; March 19 versus the Golden State Warriors; and April 5 versus the Miami Heat. The Timberwolves will be dressed in the jerseys on three away games, as well.

The Prince-themed jersey is one of six uniforms the Timberwolves will wear this season. The sixth (and yet-to-be revealed jersey) should arrive sometime in early December, says Johnson. That jersey is being called the Earned Edition kit, given only to teams that made the playoffs the prior season.