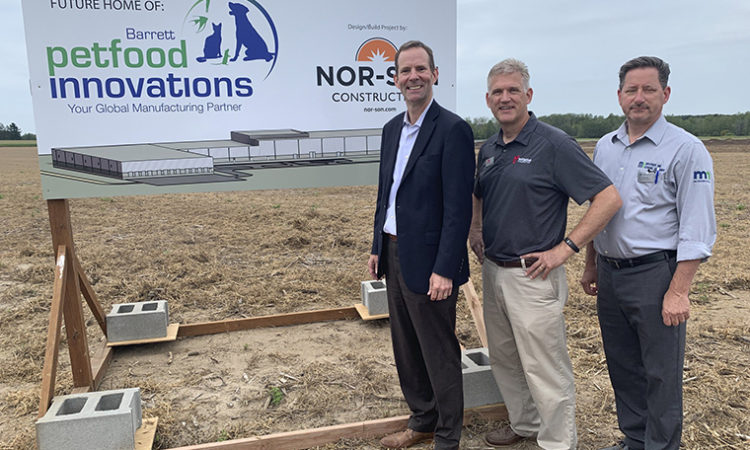 The new plant is expected to more than double Barrett Petfood’s production capabilities, according to the company.
By Dan Niepow
August 14, 2019

The new plant is expected to more than double Barrett’s production capabilities, according to a company press release issued Wednesday. Over the next three years, Barrett expects to hire 85 workers at the Little Falls facility.

The company is building the new facility with help from the state. The Minnesota Department of Employment and Economic Development (DEED) is providing $625,000 for the project, according to a news release from the agency.

In the release, DEED Commissioner Steve Grove said the expansion shows that “businesses don’t need to be in the Twin Cities metro in order to succeed.”

In late 2018, the city of Little Falls approved a tax-increment finance district for the new plant, the Morrison County Record reported. As part of that agreement, some local property taxes paid by the company will go toward purchase of the land from the Little Falls School District, according to the newspaper.

Barrett’s new plant is expected to cost about $18 million, the paper reported.

Barrett began production at its Brainerd location in 2006. The company says it’s been “continuously” expanding since then. For instance, Barrett has recently secured additional space at the Brainerd Industrial Complex to support storage and logistics.