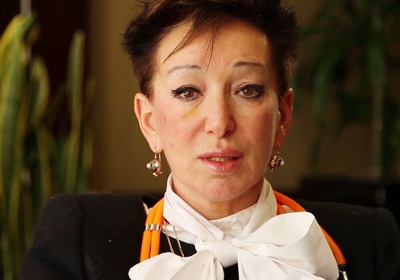 Elena Polukhin received more than $43,000 for allegedly prescribing pain cream and opioids to patients without a legitimate purpose.
October 04, 2015

Elena Polukhin, a physician and the owner of Rehabilitation Consultants in Bloomington, was indicted on Wednesday for allegedly receiving more than $43,000 in kickbacks from a Minneapolis pharmacy.

Court filings describe Polukhin, 58, conspiring with affiliates of Best Aid Pharmacy from at least February 2011 through December 2014 where she and others fraudulently billed Medicare and Medicaid for unwarranted prescriptions. Documents from the U.S. Attorney’s Office note Polukhin “referred virtually every patient prescribed topical pain-relief cream” from Best Aid, and at least one other time she prescribed morphine and oxycodone without a legitimate medical purpose.

A Best Aid pharmacist as well as the manager and part-time owner of the business were those allegedly involved in the scheme. The Best Aid affiliates were charged separately for compounding and dispensing the pain cream themselves using bulk-powder forms of the ingredients. Documents say the Best Aid affiliates then “generated inflated reimbursements” from claims submitted to Medicare and Medicaid.

From June 2012 to March 2014, Polukhin allegedly received 20 or more checks from Best Aid in exchange for her continued prescription referrals. Those checks were supposedly written to RN Trust, a charitable organization founded by Polukhin that, among a number of services, offered a program to help curb chemical dependency.

“Physicians and pharmacists are entrusted to make decisions that are medically necessary and that are in the best interest of their patients, not for their own personal financial gain,” Lamont Pugh III, a special agent for the U.S. Department of Health and Human Services, said in a statement.

U.S. Attorney Andrew Luger spoke of Polukhin, a Minnetonka resident, saying in a statement, she “abused her position as a doctor, took kickbacks and…wrote unwarranted prescriptions for pain cream and prescribed opioids without any legitimate medical purpose. As Minnesota continues to struggle with our pain pill problem, it is cases like this that so clearly demonstrate the lengths to which some will go to abuse the health care system.”