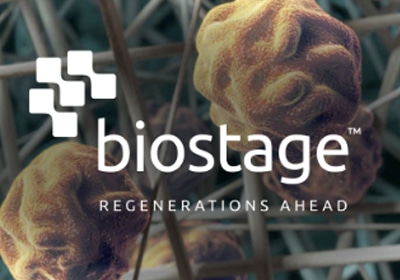 The tissue regeneration company is preparing for human testing.
June 04, 2016

It’s full speed ahead for a collaboration between the Mayo Clinic and regenerative medicine startup Biostage Inc., which after announcing “groundbreaking” results in bioengineering replacement organs this month, launched a $5 million stock offering to fund human clinical trials.

The animal tests were co-conducted by Dr. Dennis Wigle, chair of thoracic surgery at Mayo Clinic, and Dr. Saverio La Francesca, the company’s chief medical officer, as part of a formal collaboration between the clinic and the company. The results, announced May 12, were “groundbreaking” in their success at regenerating the esophagi of the test animals, further fueling hopes Cellframe has real potential as an alternative to many different kinds of organ transplantation.

La Francesca characterized the evidence of tissue regeneration shown in the tests as “unparalleled,” while Biostage CEO Jim McGorry hailed the results as “a watershed event for Biostage that strongly validates our science, corporate strategy and goals, while also providing hope for cancer patients facing life-altering treatment options.”

The Cellframe technology consists of placing a patient’s own bone marrow stem cells onto a synthetic biopolymer “scaffold” made from ultrafine plastic fibers. Once distributed onto the scaffolding – which mimics the properties of human esophagus — the stem cells begin their growth inside a slowly spinning incubator for three days. Then the biocompatible scaffolding is transplanted into the diseased or damaged organ, where the stem cells complete their transformation into new, organ-specific tissue, hopefully going on to heal the damaged organ.

The company’s relationship with Mayo Clinic and its expertise in regenerative medicine is a close one.  The two have entered into a formal collaboration, and should Cellframe ultimately prove successful, it could evolve into a lucrative business relationship for the clinic: The terms of the collaboration provide that any patented inventions produced through it will result in royalties for Mayo.

A hit with Cellframe could also boost Mayo’s push to establish Rochester as a worldwide hub for regenerative medicine clinical expertise as well as a future biotech industry cluster.

While initially focusing on the esophagus, Biostage is also working on regenerating bronchus and trachea tissue. More than 121,000 U.S. patients are on organ transplant waiting lists, but there were just over 15,000 organ donations last year, according to the U.S. Department of Health and Human Services. Biostage estimates the global market for Cellframe to be $1.5 billion.

Meanwhile, the company announced last week it has launched a $5 million public stock offering in anticipation of funding upcoming human trials for Cellframe. It also instituted a sale of warrants in a private placement aimed at its existing institutional investors.

According to the company, the successful animal test results “clearly demonstrated in a predictive large-animal model the ability of Biostage Cellspan organ implants to successfully stimulate the regeneration of sections of esophagus that had been surgically removed for the study.”

In the tests, its proprietary scaffolding was seeded with the recipient animal’s own stem cells, then were surgically implanted in place of an esophagus section that had been removed. The study animals “were returned to a solid diet two weeks after implantation surgery,” and the scaffolding was later retrieved via the animal’s mouth in a non-surgical endoscopic procedure.

After 2 ½ months, the company reported, esophagus tissue layers “were fully regenerated,” while the study animals showed weight gain and “appeared healthy and free of any significant side effects, including a few that are now more than 90-days post-implantation, and are receiving no specialized care.”