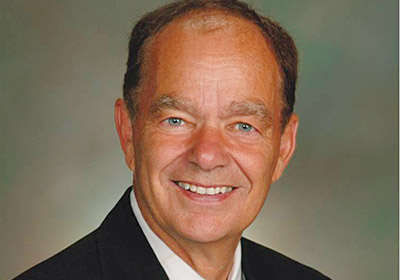 If the deal proceeds, it's expected to close “by late spring”; financial terms have not been disclosed.
April 11, 2014

Minnesota billionaire Glen Taylor has executed a letter of intent to acquire the Star Tribune newspaper. The Star Tribune Media Company and Taylor jointly announced the news on Tuesday afternoon.

“I have been following the Star Tribune’s ownership situation for several years, thinking that ultimately it would be in the best interest of both the Star Tribune and our community for the company to have local, Minnesota ownership. The Star Tribune is a critically important local institution and one that I would be proud to be associated with,” Taylor said in the prepared statement.

In an interview with the Star Tribune, Taylor characterized the deal as a cash offer, but declined to say how much he was offering for the newspaper.

Taylor also owns the Minnesota Timberwolves and Lynx professional basketball teams and was the subject of a 2012 Twin Cities Business feature story. He's one of just a handful of Minnesotans to make Forbes' latest list of billionaires.

Reports that Taylor was closing in on a deal for the paper first surfaced last week through the “Business Take” e-newsletter by Blois Olson. Calls to Taylor’s office late last week were not returned. Last Fall, Twin Cities Business reached out to the Star Tribune, in the wake of major U.S. newspaper acquisitions, to learn about its plans, although the company at the time remained mum on whether it was for sale.

The Star Tribune filed for Chapter 11 bankruptcy in January 2009, following the $530 million acquisition of the paper by New York-based Avista Capital Partners in 2007. The newspaper emerged from bankruptcy owned by its senior secured lenders. The Wayzata-based Wayzata Investment Partners, a private equity firm, is the newspaper’s majority owner.

A sale of the newspaper has been expected as the newspaper’s operations have stabilized. In February the Star Tribune sold five city blocks for $38.5 million to make way for the Downtown East redevelopment project. Minneapolis-based Ryan Companies is developing a $400 million project that will include two office towers owned by San Francisco-based Wells Fargo & Co. (Read more about that project here.)