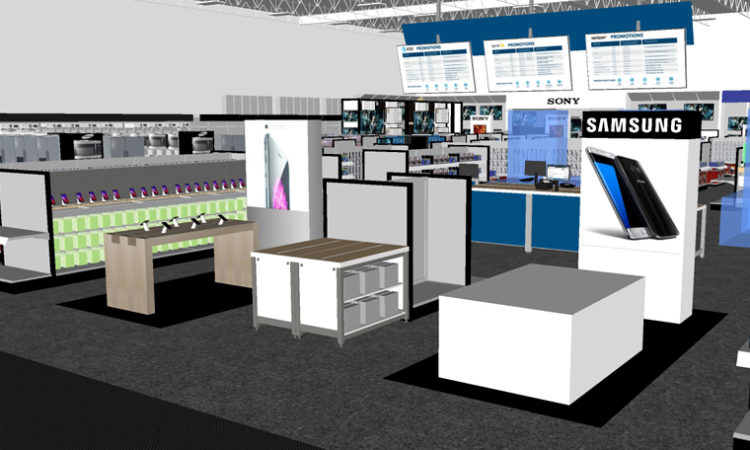 The mobile department at hundreds of Best Buy stores will get a makeover this summer.
May 30, 2017

Hot off a strong first quarter that pushed its stock to a record high, Best Buy announced a plan on Saturday to revamp the mobile departments in several hundred of its stores.

The ultimate goal—called the “Mobile 2020” project—is to simplify the process of buying a smartphone and picking a plan.

Hubert Joly, CEO of the Richfield-based electronics retailer, provided details behind during a conference call with analysts last week.

“The smartphone industry has significantly changed over the past few years, especially with installment billing plans, unlimited data plans and the proliferation of prepaid and unlocked devices. This can make shopping for a smartphone confusing and complicated,” he said. “For the new phone launched last month, for example, we simplified the buying experience and provided clarity of carrier offers and ease of phone selection and saw our highest ever Android preorders.”

With its Mobile 2020 initiative, Joly is hoping Best Buy will also be able to transform elements of the phone buying process, such as phone activation, through the addition of more mobile-focused sales associates and new vendor displays. Menu boards, designed after fast-food restaurant menus, are among the incoming changes.

Many of those simplifications will be reimagined on its website, Best Buy said, as shoppers will be able to view the price of a smartphone, options for colors, sizes, carriers, plans and upgrade eligibility, all on one page.

Prepaid and unlocked phones, a popular option among consumers who don’t want to be tied to a long-term contract, will also be given a dedicated section in brick-and-mortar stores.

Best Buy already operates hundreds of mini-stores for phone makers like Samsung and carriers such as AT&T and Verizon. Two of the most anticipated smartphones coming later this year are from Samsung (the new Galaxy Note) and Apple (the new iPhone).

Between Best Buy’s efforts to improve its mobile department and the upcoming smartphone releases, Joly is anticipating the division to improve sales year-over-year.

About one-quarter of Best Buy’s 1,600 stores will get a makeover to their mobile departments in the next few months.