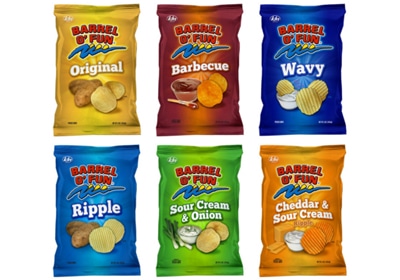 KLN Family Brands said in a Tuesday announcement that it would spin off and sell Barrel O’ Fun, its popular salty snacks company, for $125 million.

The transaction is subject to regulatory approval and has an expected completion of early 2016.

Family-owned and Perham-based KLN said it doesn’t anticipate any workforce changes once the transaction is finalized. (Of Barrel O’ Fun’s nearly 1,300 workers, about 740 work at its Perham facility.) KLN and Shearer’s will share the current workspace at all three locations.

KLN began in 1964 with the creation of Tuffy’s Pet Foods—a company it still owns and operates today. Over the years, the family business has expanded into candy and confections with Kenny’s Candy Company, as well as chocolate and gourmet snacks with its NutHeads company.