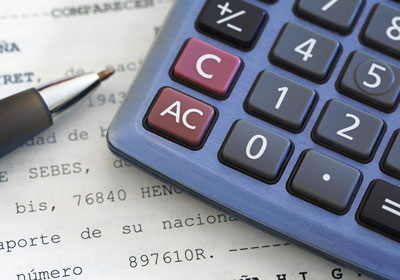 Bank Deal Requires Dolan To Come Up With $50M In Cash

An amendment to Dolan’s loan agreement also moves up a due date, reduces the amount of money available in a revolving credit facility, raises the interest rate, and limits capital expenditures, among other things.
November 17, 2013


The Dolan Company recently disclosed that changes to its credit arrangement require the company to come up with $50 million in cash to pay down its outstanding loans.

Minneapolis-based Dolan is one of Minnesota’s 60 largest public companies based on its annual revenue, which totaled $254.3 million in 2012. The company provides professional services and business information to the legal, financial, and real estate industries.

The terms of Dolan’s credit deal with U.S. Bank and Wells Fargo were recently altered, according to a filing with the U.S. Securities and Exchange Commission. The amended deal reduces the amount of money available through the revolving credit facility from $40 million to $39.5 million, beginning September 30.

It also moves up the due date from December 6, 2015, to December 31, 2014, boosts the interest rate by 1 percent, requires payment of certain fees, and increases the frequency of required prepayments. And it limits Dolan’s capital expenditures to $6.4 million this year and $3.9 million in 2014.

The regulatory filing also indicates that Dolan defaulted on “certain financial covenants as of September 30,” but that default has been “waived.”

Furthermore, the deal requires Dolan to generate $50 million in cash through “one or more liquidity transactions separate from its operating activities, such as a sale of assets or issuance of equity or subordinated debt.” It must come up with the cash by March 31, or at least have signed off on a deal by that date that would raise the funds by May 31.

The amended credit arrangement requires Dolan to use that $50 million to pay down its outstanding loans.

A Thursday morning call to a Dolan representative was not immediately returned. The complete terms of Dolan’s amended deal with U.S. Bank and Wells Fargo can be accessed here.

For its second quarter, which ended June 30, Dolan reported a net loss of $140 million, although its revenue climbed 13.6 percent. In July, Dolan said it reached agreements to sell two of its business units for about $17.5 million. The divested NDeX businesses focused on residential mortgage defaults.

Then, in September, Dolan adopted a so-called “shareholder rights plan,” which is meant to limit the amount of the company’s stock a shareholder or potential shareholder might purchase. The move was ultimately made to allow Dolan to pay lower income taxes in the coming years.

Dolan will announce its third quarter financial results on Tuesday. During the second quarter, it reported “total current assets” of $84.4 million. After adding in items such as “goodwill and indefinite-lived intangible assets,” the company's “total assets” were listed as $308.6 million. Meanwhile, Dolan reported $230.7 million in “total liabilities.”