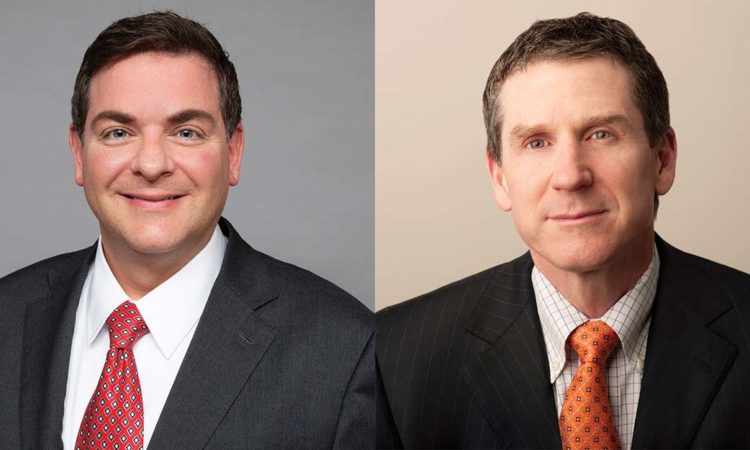 Ballard Spahr formally announced Michaud’s election as chair last week. Over the next 18 months, Michaud will work with current chair Mark Stewart to prepare for the role. Michaud officially starts his term as chair on Jan. 1, 2024.

While he’s hopeful for a day where LGBTQ leadership is more common among law firms, Michaud says his election “speaks to the inclusive nature of our firm.”

“We value everyone for the talents and perspectives they bring to the firm,” he said in an interview last week. Michaud noted that he’ll continue to live in Minneapolis, but that he and his husband are also renting an apartment in Philadelphia so he can “be there as much as needed” for the new leadership role. “That being said, Minneapolis is home for us, and always will be home,” Michaud said.

Openly LGBTQ attorneys remain something of a rarity in the field. According to data from industry trade group the National Association for Law Placement, just 2.3 percent of U.S. lawyers are openly LGBTQ.

Michaud joined Ballard Spahr through its 2018 merger with Minneapolis firm Lindquist & Vennum, where Michaud had been working right out of law school in 1996. His primary focus is on private equity. “I knew I didn’t want to be a litigator,” Michaud said. “I didn’t like the adverse nature of litigation, where one party wins and one party loses.” Mergers and acquisitions, on the other hand, tend to be more “collaborative,” Michaud said.

At Ballard Spahr, Michaud has been serving as chair of the firm’s business and transactions department for a few years.

As chair, Michaud said his “No. 1” priority will be to grow the practice.

“I anticipate focusing on growth in terms of addition of attorneys and different practices,” he said. “Pretty much everything is on the table.”

Michaud noted that departing chair Steward has focused “quite a bit” on diversity, equity, and inclusion, and “that matters a lot to me too. We’ll continue to maintain that as part of our culture.”

Like several other law firms in town, Ballard Spahr maintains an office in the IDS Center in downtown Minneapolis.

Ballard Spahr’s merger with Lindquist & Vennum was just one of several mega-mergers executed in the Twin Cities over the last few years.