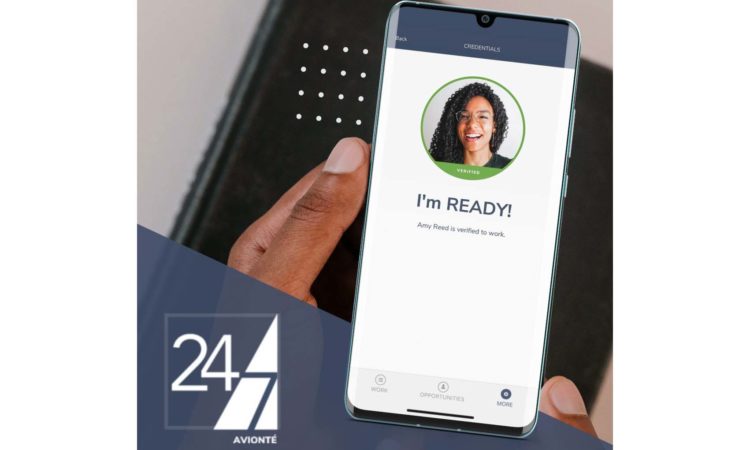 The offering allows employees working through a staffing agency to access all pay and tax information via mobile app.
By Winter Keefer
April 08, 2022

Amid a chronic worker shortage, staffing agencies continue to explore new options to entice new employees. This week, Bloomington-based software firm Avionte rolled out a new pay stub platform aimed at improving the worker experience . Known as 24/7 Pay, the mobile app enables employees working through a staffing agency to access all pay and tax information through their smartphones or tablets.

It may sound like a minor detail, but Avionte execs believe it’s a “key differentiator” for staffing firms.

Christopher Ryan, chief strategy and marketing officer at Avionte, describes the offering as another move toward “the consumerization of the employee experience.”

In his view, the trend is comparable to what happened within travel agencies over the past decade. Essentially, people now will turn to the internet to buy a plane ticket rather than going through the trouble of calling a travel agent. This applies to workers seeking employment, too: People would rather interact with the job market via app.

“A lot of people say ‘Well where are the workers and why won’t they show up?’ And I flip the question around and say: ‘Why do we make it so difficult for them to show up? If we really value them why don’t we value their time?’” he said.

Ryan said that, over the years, Avionté has continued to develop software with this question in mind: “How do you make employment as easy and fun as ordering a product from Amazon?”

Founded in 2005 by John Long, Avionté has landed the Inc. 5000 list 10 years in a row, most recently in 2021. With more than 1,000 clients, the company is now the second-largest provider of software for U.S. staffing companies with 2.5 million people receiving a W2 produced on Avionte software annually.

There’s a lot of excitement around what employment will look like within the next five to ten years, an excitement that has contributed to company growth, Ryan said.

It’s no secret worker shortages have left many employers in a lurch. People are asking for flexibility in both hours and location. Some can work 40 hours a week but not a nine-to-five gig. Some are seeking remote work, while others prefer to be in person.

“The idea here is, from the moment you decide you want to be employed and show up for a period of time – and that doesn’t have to be eight hours anymore, it can be three hours in one place or five in another – how quickly can you allow those people to sign up, join, schedule, track their time, get paid? It’s that compression of time that’s so critical.”