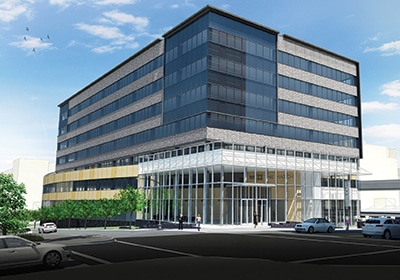 Businesses are following their millennial employees and relocating downtown.
September 05, 2015

It used to be when a company relocated, it was moving out of a downtown. Things are different now.

When Be the Match’s lease was coming up in their Northeast Minneapolis industrial park location, the company went on a metrowide search for new digs to move into. Their list of more than 60 properties ran the full range of urban to suburban locations. But it quickly settled on one: the former Shapco Printing site in Minneapolis’ North Loop.

It’s a growing trend among companies that are looking to attract talent and provide amenities workers ask for. Smart Growth America, which advocates for dense, walkable communities, studied nearly 500 companies in the United States that had relocated, and found nearly half were moving from the suburbs into city centers. That didn’t include city-to-city moves or consolidations into an existing downtown office.

“Downtown was absolutely key to us, because it provided amenities like transit and food options,” Be the Match CFO Amy Ronneberg says. “We haven’t had issues with retention and hiring, but we’re ecstatic to be downtown and the energy it brings.”

BTM’s employees wanted commuting options. “We don’t have public transportation where we are now,” Ronneberg says, “so it’s great that the new location will allow our workforce to use transit.”

Be the Match is hardly the only example. Education Credit Management Corp. is relocating 500 employees from the east metro suburb of Oakdale to Minneapolis’ Ameriprise Client Service Center building.

The gravitation pull of downtown has been particularly strong among marketing and creative agencies. PR giant Weber Shandwick says it will leave its Bloomington office park to join sister company Campbell Mithun at the newly renovated 510 Marquette building, and Young America—a rebate, contest and loyalty marketing company—is uprooting from its namesake city and offices in Bloomington for a new pad at the Lumber Exchange Building.

Relocating downtown does come with occasional concerns. In a metro that sprawls for miles, many workers have neither lived nor worked in the central cities before, so questions about parking, safety and amenities often arise. And not every employer agrees. TCF Financial Corp. is leaving downtown Minneapolis, which the Star Tribune’s Lee Schafer suggested might be the last major corporate move to the ’burbs for a long while.

“We’ve had less complaining and more people asking, ‘Help us understand the parking situation’ or ‘Help me navigate downtown,’ ” Ronneberg says. “We’ve brought in the police chief and Metro Transit and taken field trips to our new location. All you need is good change management.”