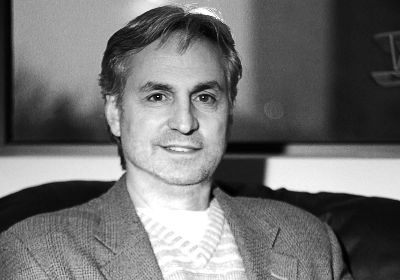 Lydell Capritta, who became the digital agency’s new president in October, shortly after one of its co-founders left, has a track record of landing and managing large-budget and big-name clients.
December 09, 2012

Minneapolis-based digital agency Atomic Playpen is becoming more than just a Web development firm, and its new president is helping the agency develop companywide digital strategies for its clients.

Lydell Capritta assumed his new role as president at the agency on October 1, although the company didn’t announce his appointment until Wednesday. Capritta, who previously served as senior partner and general manager at the Minneapolis office of JWT, a new York-based marketing firm that operates here under the name Digitaria, has a track record of landing and managing “large-budget, big-name” clients, the agency said.

Capritta told Twin Cities Business on Thursday that in his new role, he’s been working with clients to identify larger revenue opportunities and other companywide initiatives that drive positive results, rather than just developing websites for them. Recent projects include the redesign of Jack Link's Beef Jerky’s website to make it more optimized for multiple platforms, including mobile devices.

Since he took over as president, Atomic Playpen claims to have landed at least one new “major client,” although Capritta declined to reveal the name of the company.

Atomic Playpen was founded 13 years ago by Troy Venjohn and Michael Kretsinger, both of whom served as co-CEOs until mid-September, when Kretsinger left abruptly. Venjohn told Twin Cities Business in September that Atomic Playpen’s owners and investors bought out Kretsinger’s shares, and that Kretsinger would be “pursuing a number of potential opportunities” outside of the firm. But he declined to elaborate on Kretsinger’s future plans or reasons for leaving.

Venjohn, who also used to be the company’s president, now serves as the sole CEO and managing partner.

The firm said Wednesday that Capritta has under his belt more than 30 years of experience in marketing and digital strategy.

“Adding Lydell is only going to bolster all the positive change going on here at Atomic,” Venjohn said in a statement. “He has a proven track record of success, landing and managing large budgets, and big-name clients. His experience helps further our position as a trusted, strategic advisor to our clients.”

Atomic Playpen currently has about 35 employees, and the company said in September that it is “in the process of building and shifting its sales team to service clients more effectively.”

Venjohn told Twin Cities Business in September that the agency is on track to grow annual revenue by roughly 20 percent to reach $5.5 million this year.

Its clients include Pentair, Best Buy, Polaris, General Mills, the Mayo Clinic, and many others, according to its website.