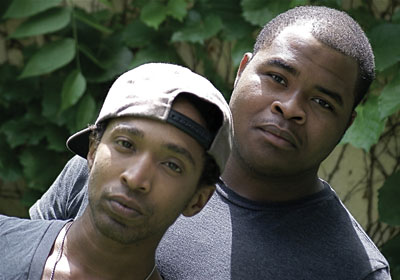 A hip-hop version of Aeschylus’ Seven Against Thebes.
February 02, 2013

Playwright Will Power has written a hip-hop version of Aeschylus’ Seven Against Thebes, fusing an ancient story with modern language to create a powerful hybrid adaptation. The story, about two brothers trying to rule their kingdom despite their father’s curse, is presented in Ten Thousand Things’ usual spare style, emphasizing acting chops and language over visual dazzle.