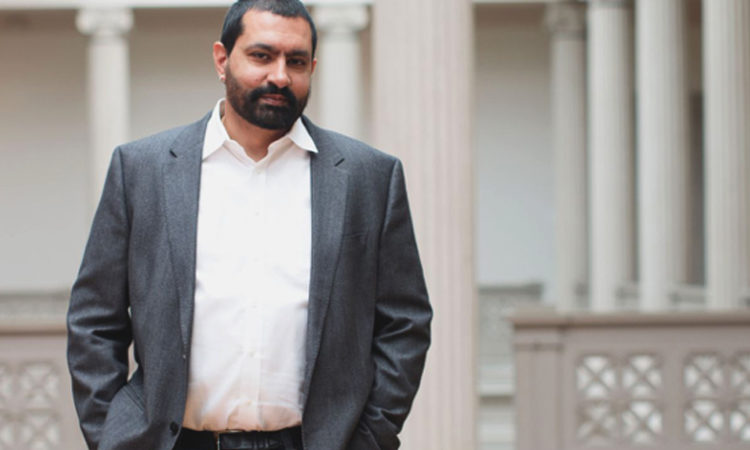 Minneapolis College of Art and Design’s Board of Trustees lauded Sethi for his global perspective and commitment to diversity.
By Amanda Ostuni
April 30, 2019

Established artist and curator Sanjit Sethi will be the next president of Minneapolis College of Art and Design, the school’s board of trustees announced this week. He comes to the Twin Cities from George Washington University, where he is currently director of the Corcoran School of the Arts and Design.

Sethi, who will assume the role on July 15, replaces Karen Wirth, who was named interim president late last August, after former leader Jay Coogan stepped down to pursue an opportunity elsewhere.

“Throughout his career, Sanjit has dedicated himself to art and design education and believes that innovation, diversity, and a global perspective are key to vibrant creative communities,” MCAD Board of Trustees chairman Greg Heinemann wrote in a letter to the school community. “Please join me in celebrating this exciting announcement and welcoming Sanjit and his family to our community.”

Prior to leading GWU’s Corcoran School, Sethi served in a variety of other arts leadership positions, including director of the MFA program at the Memphis College of Art, and executive director of the Santa Fe Art Institute.

He himself is an artist and curator, with a BFA from Alfred University, an MFA from the University of Georgia, and an MS in Advanced Visual Studies from MIT. Recent curatorial projects he’s completed include Spiked: The Unpublished Political Cartoons of Rob Rogers and the upcoming exhibition, 6.13.89 The Cancelling of the Mapplethorpe Exhibition.

Heinemann wrote that in his most recent role with the Corcoran School, Sethi led the “reincarnation of a historic art and design college at a major research university.”

He also credits Sethi with taking the college beyond traditional boundaries of higher education to secure out-of-the-box creative partnerships, and with launching new degree programs. These programs involve integrating design with social practice, in collaboration with the Trachtenberg School for Public Policy.