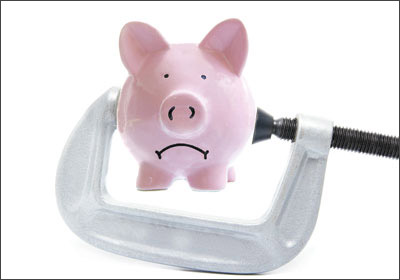 Federal regulations are stifling growth, hurting financial performance, and driving consolidation among community banks, according to KPMG’s Community Banking Outlook Survey, which 105 senior banking executives took in September. Nearly half of the respondents identified regulatory and legislative pressures as the most significant barrier to growth over the next year.

Capital and liquidity mandates for banks have become increasingly stringent since the financial crisis of 2008, says Bill Long, an audit partner in KPMG’s Minneapolis office who works with many community banks.

The requirements have forced many banks to increase the size of their compliance departments to ensure that banks are following the proper protocols. Thus, 35 percent said that regulatory compliance costs have had the greatest negative impact on financial performance.

For Doug Hile, president and CEO at Chaska-based KleinBank, regulations on fees and mortgages have proven the most costly and time-consuming. Although his bank has increased spending on compliance, it hasn’t added staff.

Forty-two percent of survey respondents said their bank is likely to purchase another bank within the next two years, and 15 percent expect to sell or be sold. Many have excess liquidity and see acquisitions as a good way to grow, given that loan demand—which has historically driven earnings growth—is very weak, says Long.

“Businesses have been trying to get healthy and restore their balance sheets—they are paying down debt rather than increasing it,” Hile says. “Banks make money when they lend.”

KleinBank, which had $1.6 billion in assets as of late September, is looking at the buy side, purchasing businesses that focus on growth areas like wealth management and mortgage refinancing. And it’s in good company: 40 percent of survey respondents identified asset and wealth management as the biggest near-term driver of revenue growth.

Troubled residential and commercial mortgages remain a millstone for 37 percent of the bankers surveyed; Hile says that those levels are decreasing but remain elevated for his bank.

Capital spending among community banks is poised to grow in 2013: 60 percent of bankers surveyed will boost spending on IT, new products or services, and acquisitions.

Hile says challenges for the industry are far from over. “We’re almost back to normal, but the new normal is lower margins and more expensive compliance and regulatory costs. Smaller banks are going to have a difficult time without a niche strategy.”