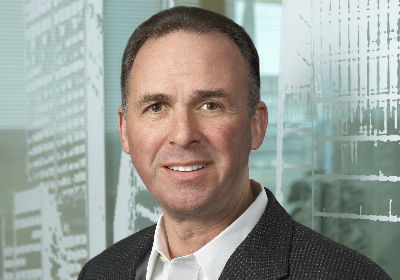 Apogee Enterprises, Inc., on Wednesday reported an increase in second-quarter revenue and earnings and raised its full-year outlook—news that sent the company’s stock price soaring 15 percent.

Meanwhile, Apogee reported $175.9 million in revenue for its second quarter—up 6 percent over the same period a year ago.

The company’s earnings and sales topped Wall Street’s expectations: Analysts polled by Thomson Reuters had expected earnings of 9 cents per share on revenue of $170.9 million.

Revenue for the company’s architectural segment grew 5 percent to $156.4 million. The company attributed the growth to gained market share in its installation and storefront business.

Sales for the optical segment, meanwhile, vaulted 19 percent to $19.6 million. Apogee chalked up the gain to “a better mix of higher value-added glass and acrylic across all picture-framing sectors.”

Backlog, which essentially refers to orders yet to be fulfilled, was up 32 percent to $299 million, the company said.

“We delivered a better than expected second quarter and in flat markets grew revenues 6 percent and improved earnings by 24 cents per share,” Apogee CEO Joseph Puishys said in a statement. “I’m pleased that the architectural segment returned to profitability in the quarter. In addition, both our architectural and large-scale optical segments grew their top and bottom lines, as well as their margins, and all our operations performed well.”

Upon announcing its better-than-expected quarterly results, Apogee also increased its fiscal-year earnings outlook to between 56 cents and 64 cents per share. That’s up from the previously announced expectation of 48 cents to 58 cents per share.

Tom Sepenzis, an analyst at Minneapolis-based Northland Securities who closely follows Apogee, told Twin Cities Business on Thursday that Apogee’s positive performance is less an indicator of broader economic improvement and more a reflection of the company “managing its business exceptionally well and gaining market share” while improving margins.

Sepenzis said that Apogee is poised for additional growth when the commercial real estate market rebounds.

Puishys—a former Honeywell executive who took the reins at Apogee last year—said in a statement that the company anticipates “mid single-digit revenue growth for the full year, despite market indicators pointing to a low- to no-growth year.”

Apogee is among Minnesota’s 40 largest public companies based on revenue, which totaled $662.5 million in its most recently completed fiscal year.