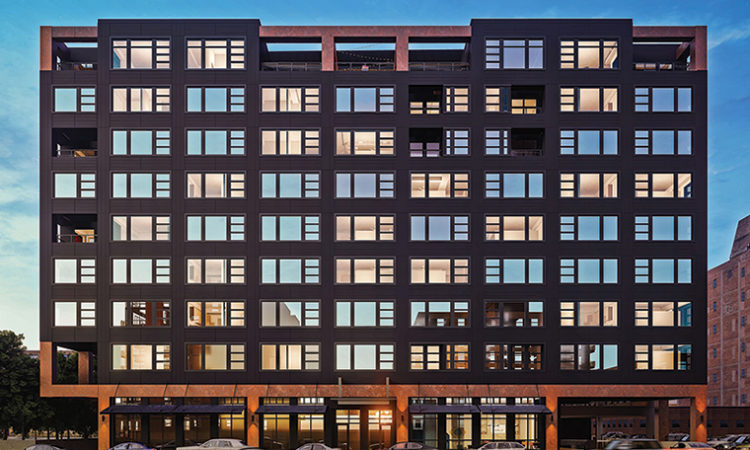 New condo buildings remain relatively rare amid the ongoing boom of apartment development. Minneapolis–based developer United Properties was planning 57 rental apartments next to its new Nordic office building in the North Loop. But as completion drew near, the units were reborn as for-sale condos with a unique twist: Owners are free to make short-term rentals of the property. The whole building could become one big Airbnb.

As United Properties and its residential development partner, Minneapolis–based Greco, began softly marketing the apartments, they were approached by Joe Grunnet, founder of the condo-focused Downtown Resource Group (DRG). Grunnet wondered if they had considered condos at the site.

“The demand was clearly there,” says Gordy Stofer, vice president of office development for United Properties. He says that the short-term rental option adds an appealing angle, allowing buyers to have a more flexible living arrangement.

By the time developers officially announced the switch to condos in early May, 75 percent of the units were reserved. Prices range from $250,000 to $975,000. Stofer notes that 50 of Sable’s 57 units are smaller, ranging from 450 to 612 square feet. The Nordic faces Washington Avenue North; the adjacent Sable is on Third Street North. DRG is handling the sales.

Grunnet says that buyers can think of it like buying a “larger hotel room” and notes that most professionally managed Twin Cities condos don’t allow short-term rentals of less than six months to a year.

“We take care of everything,” says Lance Bondhus, founder of
Minnestay. “The owners aren’t really involved with it at all.” Minnestay handles communications with renters, check-ins, check-outs, and cleanup after guests depart.