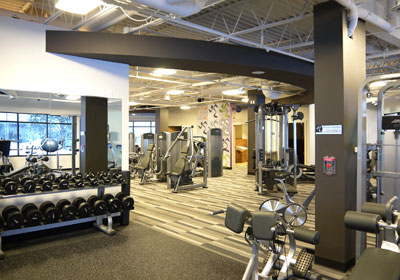 The Twin Cities is seeding the globe with strip-mall gyms.
March 11, 2012

Anytime Fitness, the Hastings-based fitness franchisor, is opening a club almost every day, at locations ranging from Fergus Falls to Wakrah, Qatar. It is the largest co-ed fitness chain in the world (all-female Texas-based Curves is biggest overall), with about 1,830 clubs in 10 countries. Anytime plans to open about 300 clubs in 2012.

Its “neighborhood clubs” are smaller than a Y or LifeTime—cutting out expensive amenities (and square footage) such as pools, racquetball courts, and group locker rooms. While clubs are staffed eight hours a day, members can work out around the clock thanks to computerized key fobs. (Memberships range from $39-$45 per month.)

Stuart Goldman, managing editor of fitness trade publication Club Industry, said demand for no-frills, low-priced health clubs has been on the rise since the recession hit.

Chanhassen-based Snap Fitness is one of Anytime’s main competitors. Founded in 2003, it has 1,200 locations. Goldman says the two have similar business models: “They hit the rural market where they are the only game in town.”

Typical Anytime members are 20-40 years old and many have never belonged to a fitness club, says Anytime’s Mark Daly. They live or work within five miles of the clubs, which are small enough (2,500-4,000 square feet) for strip malls. Anytime charges its franchisees an upfront fee of $25,000 and a monthly royalty of $499.