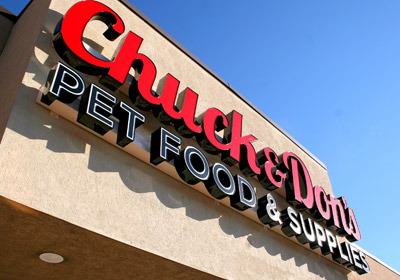 Another Twin Cities Co. Raises Its Own Minimum Wage

A couple of months after Punch Pizza received a shout-out from President Barack Obama for increasing its minimum wage for employees, another Twin Cities business is touting a similar move.

Mahtomedi-based Chuck & Don’s, a pet supply retailer, said Wednesday that it has lifted its lowest hourly wage to $10.10, or $2.85 more than the current federal minimum wage. The raise, which was made effective in January, matches the Obama Administration’s proposed federal rate hike.

“We had started planning a year ago, in October,” CEO Bob Hartzell told Twin Cities Business. “I feel that it’s important that if the business is successful, that we share that success with our employees,” he said, adding that he hopes the move will help the company to attract and retain employees.

For Chuck & Don’s, the pay-rate raise comes after the company boosted health care options for full- and part-time employees in anticipation of the Affordable Care Act. In 2013, it invested $150,000 into health care benefits and is slated to invest another $250,000 in 2014, the company said.

“We’re not waiting for mandates to do what’s right for our team members and their families,” Hartzell said in a statement.

Legislators in Minnesota have proposed raising the state minimum wage to $9.50 an hour by 2016. Currently, the rate stands at $6.15 an hour for large employers, $1.10 below the federal rate. On March 10, a Star Tribune poll revealed that 69 percent of Minnesotans support a raise, but disagree on just how much the rate should be.

Movement on the bill, however, reportedly stalled last week when the state House and Senate disagreed on whether to include an inflationary bump in the bill, which would automatically raise the pay rate in accordance to the rate of inflation.