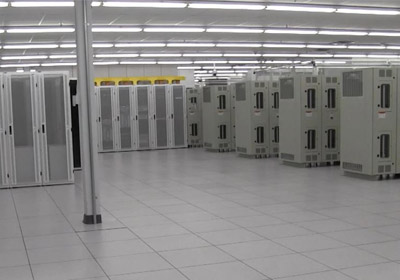 OneNeck IT Solutions, a subsidiary of TDS Telecom, just began construction on a $12 million expansion of its Eden Prairie data center.
February 07, 2014

Yet another multimillion-dollar data center construction project is underway in the Twin Cities.

OneNeck IT Solutions, a subsidiary of Madison, Wisconsin-based TDS Telecom, said Tuesday that it has begun construction on a $12 million expansion of its Eden Prairie data center.

The expansion project will also add new equipment such as cooling towers, power distribution units, and a new generator. Too, it will add new meeting rooms for customers to use and improve access to shipping and receiving areas for clients.

“We are excited construction is underway and look forward to completing the project by mid-year on what will soon be one of the largest commercially available Tier III data center[s] in the region,” OneNeck President and CEO Phil LaForge said in a statement.

The company is nearing capacity at its existing Eden Prairie facility and wants “to ensure our customers, and businesses throughout the region, have the space they need for future growth,” LaForge added.

In addition to its Minnesota operations, OneNeck owns and operates data centers in Iowa, Wisconsin, and Arizona.

OneNeck’s expansion is the latest in a series of local data center projects. Twin Cities Business reported in October on several large-scale projects, including a 100,000-square-foot data center in Shakopee for Savvis, an arm of telecommunications giant CenturyLink, Inc.