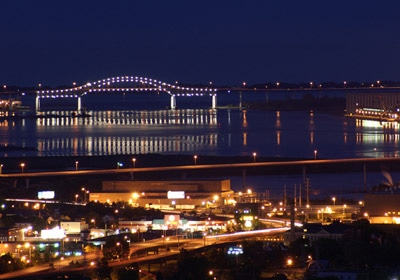 Another Duluth Co. On Verge of Expanding, Adding Jobs

Altec HiLine is awaiting approval for a $250,000 forgivable loan from the state that would aid its planned $1 million expansion in Duluth.
February 24, 2013

Altec HiLine, LLC, is one step closer to its planned Duluth expansion—the latest in a series of company expansions in the city and one that is expected to result in 85 new jobs.

On Tuesday, St. Louis County commissioners approved a plan to apply for a $250,000 state loan, which would aid Altec’s planned $1 million expansion in the city. The county will apply for the funding through the Minnesota Investment Fund, which is administered by the Minnesota Department of Employment and Economic Development (DEED); such funding is awarded to local units of government, which then provide the money to individual businesses such as Altec, according to Barbara Hayden, St. Louis County’s director of planning and community development.

The loan—which would be used to upgrade manufacturing equipment and other machinery, as well as to take over additional space within Altec’s current home at 1255 Port Terminal Drive—now requires approval from DEED. If granted, the loan will be forgiven once Altec meets its goal of investing $1 million in the Duluth facility and adding 85 jobs, Hayden said.

Altec, which is based in Birmingham, Alabama, entered Duluth in 2002 and currently employs about 90 in the northern Minnesota city. The company manufactures bucket-lift devices that are mounted on trucks and used by the electric utility, telecommunications, tree care, construction, and lights and signs industries, allowing users to reach high places.

Altec leaders—along with Duluth Mayor Don Ness, St. Louis County Board Chairman Chris Dahlberg, and other officials—announced last month that the company plans to invest in equipment upgrades and expand within the Industrial Building at the Clure Public Marine Terminal, which is owned by the Duluth Seaway Port Authority. The company plans to complete its expansion this spring.

To accommodate the expansion, however, co-tenant A.W. Kuettel & Sons, Inc., needed to move. That company—an industrial metal fabricator and mechanical and roofing contractor—is in the midst of a $1.8 million expansion and relocation to a newly constructed building in the Duluth Airpark at 3930 Airpark Boulevard.

Meanwhile, there are other signs of significant growth in Duluth: Hometown company Maurices, a women’s clothing retailer, has been growing its employee base and has outgrown its current headquarters. It plans to move to a new $80 million office building in downtown Duluth in 2015.

In addition, Wood Dale, Illinois-based aircraft repair company AAR Corporation plans to occupy 152,000 square feet of long-vacant space in Duluth that previously housed Northwest Airlines’ maintenance operations. The company has indicated that it could bring about 225 jobs to the city.

A mid-January report by Northland’s NewsCenter (a collective name for several news outlets in the Duluth area) stated that all of the upcoming expansion plans will amount to about 2,700 new jobs in the region—and Duluth may face a shortage of housing for the new workers.