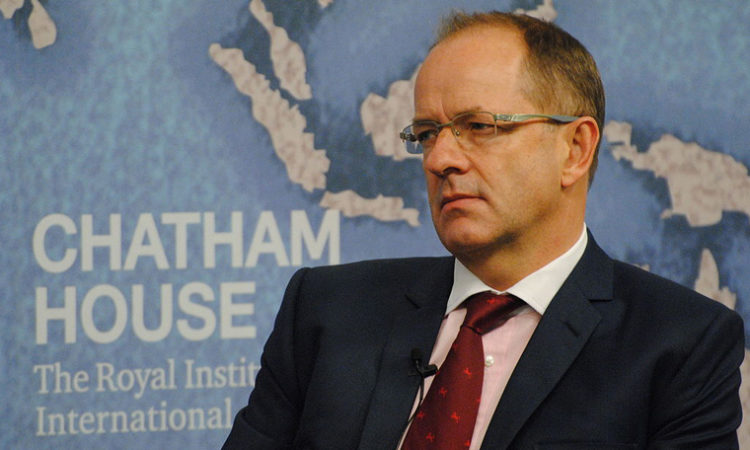 He will replace Larry Renfro, who is moving on to a different role at Optum, on July 1 of this year.
By Sam Schaust
March 13, 2018

UnitedHealth Group, the Minnetonka-based insurance giant that owns the fast-growing health-tech services business Optum, announced the leadership shift on Tuesday along with another change: the transition of Optum’s current CEO Larry Renfro.

On the same day as Witty’s installment, Renfro will transition to a managing partner role at Optum’s investment arm Optum Ventures.

In tandem with Renfro’s move, UnitedHealth Group announced the creation of a $100 million Global Fund aimed exclusively at emerging and advanced technology, data analytics and health care services companies. With the addition of the Global Fund, Optum Ventures will have total investment commitments of up to $600 million, UnitedHealth Group said.

Under Renfro’s leadership, Optum grew at a rate rarely matched by any other UnitedHealth Group subsidiary. Optum reported $91 billion in sales in its 2017 fiscal year, amounting to a 9 percent year-over-year improvement. Earnings growth rates from the individual business within Optum ranged from 16 to 28 percent for the year, as well.

Optum was also key to UnitedHealth Group’s record year last year, in which it cracked $200 billion in revenue.

As Witty succeeds Renfro as Optum’s CEO, he will be stepping down as one of UnitedHealth Group’s board members, a role he has held since August 2017.

“We are deeply fortunate in Andrew Witty to have the right person to extend Optum’s momentum and lead the business in its next phase of growth,” said David Wichmann, CEO of UnitedHealth Group, in a statement. “He brings more than three decades of health care system strategic thinking and knowledge from around the globe, a record of fostering innovation and partnerships, seasoned leadership of complex organizations and a commitment to improving care delivery that will now benefit Optum.”

Witty, an employee of GlaxoSmithKline since 1985, was named its CEO in 2008. He left the company’s top leadership role about a year ago.

Witty is also the outgoing Chancellor of the University of Nottingham, a British public university, and serves on the Singapore Economic Development Board International Advisory Committee and the Council at the London School of Hygiene and Tropical Medicine. Additionally, he has been an advisor to the Bill and Melinda Gates Foundation and was in 2012 knighted for services to the U.K. economy.

“Optum has the unique opportunity to continue improving the health care experience, outcomes and value people receive in the U.S. and global, and I am honored to participate in that mission,” Witty said in prepared remarks. “In many ways, even with all its accomplishments, Optum feels as though it is just getting started.”

With a staff of 140,000 worldwide, Optum serves 124 million individuals through its five “core capabilities”: data analytics, technology, pharmacy care services, population health management and health care delivery. The company, all in all, helps connect patients to approximately 300 health plans and four out of every five hospitals in the U.S.