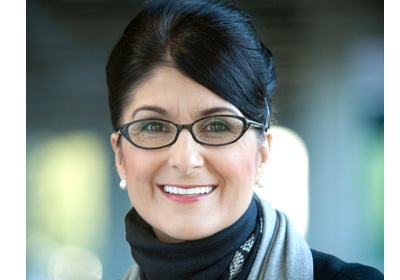 Analysts have cited signs of a strengthening Best Buy, and their improved ratings helped the company continue its 2013 stock climb.
By TCB Staff
March 02, 2013

Best Buy Company, Inc.—which has been trudging through a tumultuous period of restructuring, leadership turnover, and talks of a possible private takeover—appears to be exhibiting signs of a turnaround.

Two analysts lifted their ratings for the Richfield-based electronics retailer’s stock this week, causing Best Buy’s shares to climb Tuesday and close at $17.33, up about 2.7 percent from Friday’s closing price.

David Schick, an analyst at St. Louis-based Stifel, Nicolaus & Company, upgraded his rating for Best Buy from “hold” to “buy.”

In a research note, Schick cited “vastly improved management” as a key factor in his upgrade, adding, “This is first and foremost a management upgrade call.” Schick said his firm is “highly confident” in Best Buy’s new leaders, because they represent a deviation from company’s past management team, which “didn’t make the tough decisions to run a better business.”

New products have increased competition for Apple in the tablet market, and a broader product base will help Best Buy’s margin, Schick said. And Best Buy “has a real opportunity in smart appliances”—for example, those that can be controlled by apps.

“Improved scheduling, returns, close rates, finance, marketing—along with a willingness to intelligently close operations both domestically and internationally—makes [Best Buy] a credible turnaround story led by a well-respected management team, in our view,” Schick said. He set a $23 price target for Best Buy’s stock, reflecting the price to which he believes the company’s shares can climb.

Best Buy has experienced major leadership turnover in the past year, including former CEO Brian Dunn’s post-scandal departure and the subsequent appointment of Hubert Joly as chief executive, which was initially met with skepticism but now seems to be receiving a more positive response.

Aside from Schick’s praise of the new leadership team, David Strasser, an analyst with Janney Capital Management, recently told the Star Tribune that “this is the right management team for Best Buy, whether it goes private or stays public.”

Alan Rifkin of international investment firm Barclays, meanwhile, reportedly lifted his Best Buy rating to “overweight” from “neutral” this week. (“Overweight” indicates that a stock is a better value and is often equated to “buy.”)

Rifkin gave several reasons for his improved rating, including recent sales improvement, according to a report by Forbes. Best Buy announced in January that its same-store sales were essentially flat during the holidays—welcome news on the heels of several quarters of declines.

Schulze announced in August his interest in taking Minnesota’s third-largest public company private. He said at the time that he was considering a bid of $24 to $26 per share, and he subsequently struck a deal with the company’s board allowing him to review non-public financial information in order to put together a formal buyout offer. Schulze initially had until December to make an offer, but his deadline was later pushed back to the end of this month.

But Best Buy’s stock price remains well below the $24 to $26 range initially cited by Schulze, but its recent steady stock climb could complicate a takeover. The company’s shares closed down about 0.5 percent Wednesday at $17.25, but its stock is up roughly 44 percent this year.

A recent report by The Wall Street Journal suggests that Schulze is considering scrapping his pursuit of a takeover in favor of buying a smaller stake in the company. A unnamed source close to Schulze, however, told the Star Tribune that the company’s founder is still working to acquire the retailer.

After shuttering 50 big-box stores last year, Best Buy continues to take cost-cutting measures. For example, it recently revealed plans to close 15 big-box stores in Canada, a move that is expected to result in the reduction of about 900 jobs, according to media reports. Best Buy also recently said it will match the prices of all local retail competitors and 19 major online competitors, a move it says will curb the practice of “showrooming.”