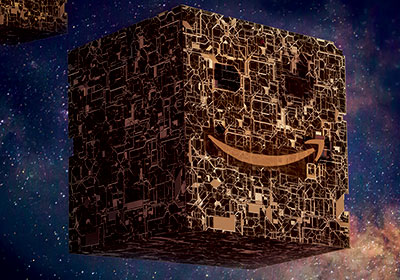 Online retail giant Amazon.com announced Thursday morning that it has launched one-hour delivery for members of its Prime program in the Twin Cities. The Prime Now service is available from 8 a.m. until 10 p.m. seven days a week and includes access to “tens of thousands of daily essentials,” according to the e-commerce company.

“You do have to download the app. All of the shopping is done through the app,” said Aaron Toso, a spokesman for Amazon, noting that customers can order a wide array of products. “It ranges everywhere from toilet paper and bottled water and toothbrushes to big screen TVs. There are lots of staples that people can get.”

Twin Cities Business previously reported that same-day delivery was likely in the metro as Amazon began building a physical presence in the Minneapolis-St. Paul area.

Amazon already has a sortation center, which sorts packages by zip codes, open in Shakopee. Next year Amazon will occupy an 820,000-square-foot fulfillment center in Shakopee, which is now under construction.

But Toso said that the Prime Now service in the Twin Cities is made possible by a different facility: “We have a separate Prime Now hub,” said Toso, who declined to identify the exact location of the new hub.

A recent building permit application with the city of Minneapolis revealed that Amazon had recently leased additional space at the Kasota Business Center in southeast Minneapolis.

The company has made no announcements for the Twin Cities about its AmazonFresh grocery delivery service, but Toso said that through Prime Now customers can order items including orange juice, milk and eggs.

Toso said that the Prime Now service has been popular in other cities.

“We’re very busy,” Toso said. “Customers love the convenience. Sometimes you don’t have time to get to the store. …For the last 20 years we’ve been building out a fulfillment network that helps fuel superfast delivery around the country.”