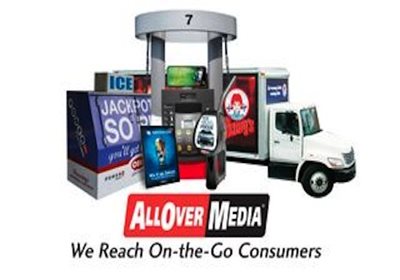 The Plymouth-based company that advertises primarily at gas stations and convenience stores has completed another in a series of acquisitions that have significantly grown the company.
February 07, 2014

AllOver Media, Inc., announced recently that it acquired a California-based truck stop media company for an undisclosed amount in a deal that closed earlier this month.

“The addition of CAP Companies … brings a new truck stop network to AllOver Media and is consistent with our growth strategy of looking for acquisitions that both deliver value to our advertisers as well as complement our existing product portfolio,” Tony Jacobson, founder and CEO of AllOver Media, said in a statement.

CAP Companies—based in Roseville, California—provided product research and consulting services for clients interested in advertising with the truck stop industry.

Sherling said that his company will move CAP Companies’ operations, production, and other functions to AllOver Media’s corporate office in Plymouth. The 30,000-square-foot corporate office, which the advertising company moved into last March to accommodate its growth, houses its large-format printing operations and approximately 105 employees.

The advertising company has completed a series of acquisitions during the last five years, primarily to bolster its “out-of-home” media services.

Jacobson said that those additions have allowed the company to experience double-digit increases in sales growth during the past five years.

Meanwhile, Chicago-based Monroe Credit Advisors, LLC, announced Tuesday that it arranged a $16 million loan deal for AllOver Media, a move that will help the company refinance its existing debt.