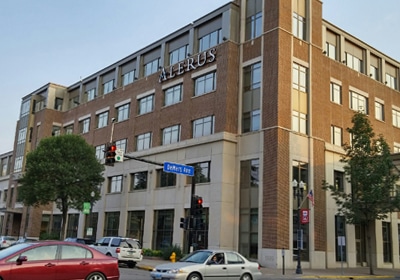 Alerus CEO Randy Newman said this would be “the largest bank transaction” ever for the Grand Forks-based banking and wealth management company.
October 02, 2015

In a move to strengthen its presence in the Twin Cities and tap into the Duluth market, Alerus Financial announced on Tuesday that it had entered into a definitive agreement to purchase Shorewood-based Beacon Bank.

Alerus will pay an aggregate price of $56 million in cash and trust-preferred securities for Beacon Bank. As part of the deal, Alerus would assume approximately $352 million in banking assets. Figures from June 30 indicate that Alerus holds $1.6 billion in total banking assets, which would bring their total assets to about $2 billion if the deal were approved.

The transaction is expected to close in the first quarter of 2016 pending regulatory and corporate approval.

“For over ten years, we’ve focused on growing our presence in the Twin Cities market,” Alerus president and CEO Randy Newman said in a statement. “This is the largest bank transaction we’ve ever entered into and will allow us not only to expand our Twin Cities footprint, but also to enter into a new market in Duluth.”

Community-focused Beacon Bank has branches in Shorewood, Excelsior, Eden Prairie and two locations in Duluth. Each location is expected to remain open under normal operation, but will transition to the Alerus Financial name upon the deal’s finalization.

Beyond the name change, little is expected to shift in the company’s employment. Alerus said in its announcement that Beacon Bank leadership will remain throughout the acquisition process.

Newman added, “Beacon Bank shares a very similar culture and business model to Alerus. This is a remarkable accomplishment for our company considering we only opened our first Twin Cities business banking office in 2007.”

Grand Forks-based Alerus introduced itself to Minnesota in 2003 with the purchase of a retirement plan administration company out of St. Paul. Through ten subsequent acquisitions in the last dozen years, Alerus currently employs about 300 employees in ten Twin Cities area locations.

According to last year’s market share filings by the Federal Deposit Insurance Corporation, this transaction would place Alerus within the top 25 largest banks in the Twin Cities area.