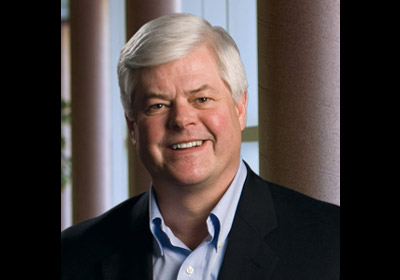 DeBriyn’s retirement is “effective immediately,” according to a statement from the company, but he will remain on as an adviser for the next nine months.

Executive vice president and CFO Rod Hebrink will serve as interim CEO. AgStar’s announcement did not cite a specific reason for DeBriyn’s departure after leading the organization for 27 years.

“I think Paul has his own reasons. . . . He’s leaving AgStar in really good condition,” Ann Broome, a member of the AgStar board of directors, told Twin Cities Business.

For 2013, AgStar reported total assets of $7.1 billion, including $6.4 billion in loans held to maturity. For the year, AgStar had interest income of $271 million and reported net income of $116.1 million. AgStar has more than 600 employees and distributes patronage dividends to its 15,000 stockholders.

“There is a plan to discuss the process early next week,” Broome said of the search for a new CEO. “Paul was very visionary in terms of the system and how to serve rural America. . . . I think the main thing is just to continue Paul’s legacy and his vision.”

Twin Cities Business profiled AgStar and its commitment to strengthening rural Minnesota in 2008.