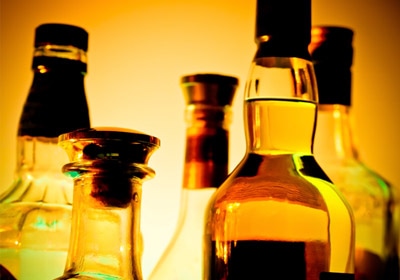 After Craft Beer Taprooms, Are “Cocktail Rooms” Next?

Amid the ongoing success of Minnesota’s craft beer industry, some are predicting that craft distilleries are on the cusp of the state’s next alcohol-related business boom.

And now, some lawmakers are looking to level the playing field by more closely aligning distilling rules with those that have benefited breweries.

For example, a bill at the state legislature aims to introduce “cocktail rooms”—which would allow distilleries to sell their products directly to consumers, mirroring breweries' increasingly popular “taprooms.”

The Introduction of Taprooms

Taprooms were made possible by the 2011 passage of the so-called “Surly Bill,” which introduced a new type of license that allows commercial brewers that produce fewer than 250,000 barrels annually to sell pints of their beer on-site. Such breweries, which also typically sell their beer to retailers, were previously prohibited from selling directly to customers.

Taprooms have since become an industry trend. Last fall, Twin Cities Business catalogued a long list of local craft breweries that were expanding operations and/or opening taprooms, and more have since announced similar plans. Northeast Minneapolis in particular has become a taproom hub, with several operating within a few blocks of one another.

Although it received less fanfare, the omnibus liquor bill that paved the way for brewery taprooms also modified laws pertaining to craft distilleries. For example, it cut the annual license fee for small distillers from $30,000 to just over $1,000—dramatically lowering the barrier to entry. While the Twin Cities have long been home to the liquor giant Phillips Distilling Company, smaller players are now entering the scene.

For example, Vikre Distillery has opened in Duluth, and Osakis-based Panther Distillery bills itself as Minnesota’s first (legal) whiskey distillery. Media reports suggest there are at least a dozen micro-distilleries either operating or preparing to open in the state. (In perhaps the most literal marriage of the craft beer and micro-distillery movements, Roseville-based Bent Brewstillery is making beer and spirits.)

Now, there are companion bills before the Minnesota House and Senate that seek to allow micro-distilleries to sell their products directly to consumers. They also aim to introduce a new distillery license that essentially mirrors the taproom license. (See the House bill here and the Senate version here.)

Current law allows micro-distilleries to dole out free samples of their liquor products to customers—up to three 15-milliliter pours per visitor, per day. The new bills seek to introduce a “cocktail room license,” which would allow small distillers to sell their products—mixed in cocktails, if customers prefer—to customers, on-site. The proposed bills also state that licensed cocktail rooms should not be precluded from operating a restaurant.

Should the law ultimately be adopted, individual municipalities would maintain the authority to determine whether to grant cocktail room licenses.

Proposed liquor laws, including the proposal to add cocktail room licenses, were the focus of the House Commerce and Consumer Protection Finance and Policy Committee on Tuesday. The bills were laid over for possible inclusion in an omnibus liquor bill.

Shanelle Montana of the Minnesota Distillers Guild has advocated for the proposal. “We’re asking that you update the law to be current with modern times,” Montana told lawmakers, according to a report by the nonpartisan House Public Information Service. “This is just creating parity with other industries in Minnesota and will allow us to be competitive and create a growing industry.”

It’s unclear exactly how high of a priority the bills may be for lawmakers this session, or what type of opposition the proposals may face. A lobbying group called the Minnesota Licensed Beverage Association (MLBA)—which represents retailers, bars, and restaurants—has in the past opposed certain changes to state liquor laws. For example, the group at least initially opposed the Surly Bill, and it also continues to fight against Sunday liquor sales.

MLBA Executive Director Frank Ball told Twin Cities Business on Thursday that it’s too early for his organization to comment on the cocktail room proposal. The group just recently began reviewing the text of the new bills and has yet to formalize a response, he said.

While he wasn’t referring specifically to cocktail rooms, an MLBA lobbyist told the Pioneer Press last fall that the group was concerned that loosening certain laws might grant micro-distilleries an unfair advantage over retailers, which have to buy products from wholesalers.