After A Slow Start To 2014, MN’s Job Market Rebounds In May

Minnesota’s labor force rebounded in May, driven in part by the construction and manufacturing sectors, although the state’s annual job-growth rate continues to lag the national average.
By TCB Staff
June 29, 2014 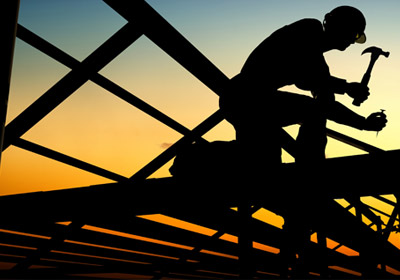 After a dismal start to 2014, Minnesota’s labor force finally experienced a rebound in May, adding 10,300 jobs as the unemployment rate dipped to 4.6 percent, the lowest level in seven years.

That’s according to new data from the Minnesota Department of Employment and Economic Development (DEED). After state officials had already called April a “very disappointing” month, they revised that month’s numbers downward by yet another 1,100 jobs—meaning the state lost a seasonally adjusted 5,000 jobs during the first four months of the year.

How Each Sector Fared In May

Professional and business services led all sectors in May, adding 4,100 jobs. Hine said gains in that sector occurred across the board, and one strong component was architecture and engineering, which had struggled amid the recession, in part due to its close ties to the construction industry.

Construction itself was the second-best performer in May, adding 3,800 jobs. Those gains were fueled by the heavy and civil engineering component (which includes large projects such as road construction, light rail, etc.) and specialty trades—which reflects the fact that more people are reinvesting in their homes, according to Hine.

In fact, construction is up by 9,447 jobs year over year—a 9.2 percent growth rate that is dramatically outpacing the national growth rate of 3.3 percent in the construction industry. Manufacturing, meanwhile, is up 9,404 jobs over the year. Hine said this likely marks the first time on record that construction and manufacturing have led all other sectors in terms of over-the-year job growth in Minnesota.

Other sectors that added jobs in May included information (up 900); other services (500); and trade, transportation and utilities (100). Logging and mining held steady.

Not all sectors added jobs during the month. Government shed 1,300 positions, and leisure and hospitality was down 500. Leisure and hospitality, which includes restaurants, “continues to be a bit of a disappointment,” according to Hine, although he said he was encouraged by the fact that there was some growth in that sector, when looking at raw numbers, rather than seasonally adjusted figures.

Financial activities was down 100 jobs in May; that sector continues to struggle in Minnesota, mirroring national trends, and last month’s weakness was due primarily to the finance and insurance sector, especially banking. Year over year, financial activities has lost 1,586 jobs and is the state’s only sector to be down from year-ago figures.

The education and health services sector, meanwhile, lost 100 jobs in May.

A Falling Jobless Rate, But Room for Improvement

Another positive sign in May: Minnesota’s seasonally adjusted unemployment rate dipped to 4.6 percent, and it remains well below the national rate of 6.3 percent.

“Minnesota’s unemployment rate is at the lowest level in seven years, which is yet another indicator of our improving economy,” DEED Commissioner Katie Clark Sieben said in a statement. “It is also encouraging to see growth occurring in Minnesota’s construction and manufacturing sectors, which have each added more than 9,000 jobs in the past year.”

But there remains plenty of room for improvement, and the latest gains should be put in context. For example, Minnesota shed 5,000 jobs between January and April, before picking up the 10,300 in May. By contrast, the state added 27,700 jobs during the fourth quarter of 2013.

Hine noted that, in the period of expansion between 2001 and 2008, Minnesota’s unemployment rate fell to 3.9 percent—and that level seemed to reflect a well-balanced labor market. So at Minnesota’s current 4.6 percent, “we’ve still got a good percentage point or so to go before we’d count ourselves back at ‘full employment,’” he said.

Minnesota has added 45,617 jobs during the past year, representing a growth rate of 1.6 percent. Despite having a lower unemployment rate, Minnesota continues to lag the national job-growth rate of 1.8 percent.

While there is room for improvement, Hine anecdotal evidence may foreshadow continued growth. For example, the length of the average work week in Minnesota’s private sector rose to 34.1 hours, and online job postings, which had decreased during the past couple of months, increased by more than 16,000 in May—despite the fact that the nation overall saw a decline in that measure. Initial claims for unemployment ticked up slightly but not enough to merit concern, Hine said.