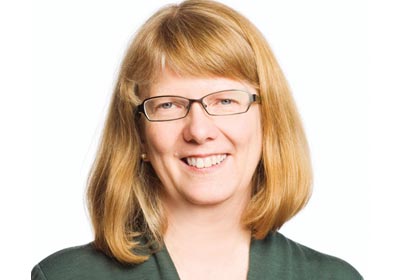 Foundations are joining the transparency movement to better serve their “customers.”
October 25, 2012

Private foundations are among the most independent of our society’s institutions. Nearly all other enterprises—businesses, nonprofits, governments—need customers of one sort or another to generate revenue. But an endowed foundation’s customers are people and organizations who are given money. This positions foundations outside traditional market discipline.

Such independence has huge benefits, of course. Foundations can operate with a freedom of thought, outside of political boundaries, and with a high tolerance for risk-taking and testing new ideas. They can act swiftly or take the long-term view as circumstances require. They can provide investment capital, leverage others’ interest and financial contributions, and collaborate to bring public attention to their initiatives.

But independence also means that foundations can sometimes be detached from their “customers.” There’ll be a line at the door whether or not they give away their money sensibly. From time to time a national news story surfaces about a foundation’s abuse of its independence; for instance, because of excessive executive compensation and perks, self-dealing between the foundation’s staff or board members and nonprofit recipients, or investment policies that favor friends or relatives. Even when their practices are ethically and legally beyond reproach, foundations can be mysterious and opaque, or seem irrelevant to the broader community’s priorities.

Because of these situations—as well as a general professionalization of the philanthropic workforce and the prospect of additional government regulation of foundations—an increasing number of foundations are developing standards and methods of measuring their effectiveness.

Helping them is the Massachusetts-based Center for Effective Philanthropy. CEP has developed a set of customizable self-assessment tools that foundations can use to improve their customer satisfaction performance, strategy development, governance, and grantee relationships. Results from the assessment can be compared with those from other grantmakers.

The McKnight Foundation is among Minnesota foundations that have adopted CEP’s tools. “Not only was McKnight an early adopter of regular self-assessment using CEP’s Grantee Perception Report, they also stand out as unusually transparent around their results,” says Kevin Bolduc, CEP’s vice president for assessment tools. McKnight has used the tool to survey its grantees three times (2004, 2007, and 2010) and has posted a summary of results on the foundation’s website, including comments about many areas of needed improvement.

“CEP’s tools and reports have really helped us understand our communications and grantee relationships, and we have taken specific steps to improve our practices as a result of the findings,” McKnight President Kate Wolford says. Those steps include adding program officers’ email addresses to the McKnight website, making the site easier to navigate, enabling online grant applications, and asking staff to explain the reasons for approval or denial of a grant.

Some of these changes fall into “customer service and satisfaction” and may seem obvious. But because the power dynamic between grantmaker and grantseeker is imbalanced, grant applicants are reluctant to speak up when a grantmaker’s practices are confusing or inefficient. And that means foundations don’t always get the feedback they’d find helpful.

CEP’s survey tool helps overcome such barriers to communication and build better relationships. “Our effectiveness depends on open, collaborative relationships with the grantees who partner with us to achieve the foundation’s goals,” Wolford says. “Improving our practice in this area is essential to our achieving the strongest possible impact in our grantmaking fields.”

Another entity helping foundations become more transparent is the Minnesota Council on Foundations (MCF), which was formed 43 years ago to strengthen foundation practices. MCF was the first among regional associations of grantmakers to require each of its members to formally adopt a set of principles and practices. Though the council’s 180 members represent a small subset of Minnesota’s approximately 1,400 private and public foundations, they control about 75 percent of all grantmaking in the state, according to President Bill King. He adds that “100 percent of members sign off on the principles” when they renew their annual membership or within one year of joining. MCF’s “transparency principle” now requires that member- grantmakers “achieve transparency in our relationships with the public, applicants, grantees, and donors, by being clear, consistent, and timely in our communications with them.” Another principle is “to be purposeful in our philanthropy by having a clearly stated mission and goals.” MCF provides training for trustees and grantmaking staff to help them understand the principles and carry them out. MCF also publishes self-assessment tools and a training manual.

The Foundation Center—the most prominent national research and information source on foundation giving in the United States—also has joined in the transparency effort. Through its Glasspockets website, the public can review a new “Heat Map” that shows by degree of turquoise through red which foundations are the most transparent according to the center’s criteria. Among the categories examined are transparency in how to contact the foundation, on the low end of the scale, to transparency in executive compensation and grantee feedback on the high end. The McKnight Foundation is the only Minnesota foundation now included on the Heat Map, but that number is likely to rise. No foundation nationally has achieved a perfect score for all of the Heat Map criteria.

The combined result of these efforts is that foundations are becoming more open about what they do, and how and why they do it. For those seeking funds from our state’s major, staffed foundations, information on grantmaking priorities, practices, and results is becoming much easier to find. For policymakers looking for accountability, foundations are rising to the task. For civic leaders with ideas for new funding priorities, foundations are listening harder than ever. And that’s good news.

Sarah Lutman is a St. Paul–based independent consultant and writer for clients in the cultural, media, and philanthropic sectors. She has served in executive and leadership positions at the Saint Paul Chamber Orchestra, Minnesota Public Radio, and the Bush Foundation.