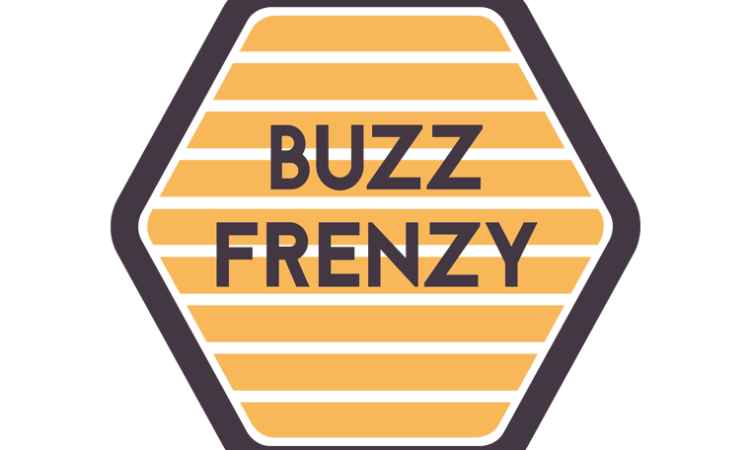 A One-Man Tech Co. Out of Duluth is Simplifying Facebook Outreach for Dozens of Small Businesses

Duluth-based Buzz Frenzy’s platform is making it easier for small business to create an online buzz.
By Gene Rebeck
April 10, 2018

A few years back, Christine Stocke became co-owner of Ignite, a fitness studio in Duluth. Like all owners of very small businesses, she has to do pretty much everything. That includes marketing.

Her husband, Dan, who owns World Block, a Duluth-based landscape concrete manufacturer, knew that Facebook was the place Ignite needed to be. “So I showed her how she can use Facebook to really target her customers,” he recalls. Dan Stocke revealed the ways Christine could get into the “back side” of Facebook where she could tap into the social media behemoth’s user data, getting Ignite’s message in front of the people most likely to click on it.

After he finished his little tutorial, he said, “she was looking at me like, ‘I have to do this as well?’”

That got Dan wondering: Could the Facebook ad-placement process be automated so that it takes up as little of the business owner’s time as possible?

Christine Stocke had put a bee in her entrepreneurial husband’s bonnet. To help make Facebook an easier advertising medium for small businesses, Dan Stocke created Buzz Frenzy. For $50 a month, their software can automate ad creation to place highly targeted ads using Facebook’s algorithms and data mining. It’s an innovative technology that is Duluth born and raised, and there’s nothing else quite like it on the market.

That Duluth upbringing is a point of pride for Dan Stocke, himself born and raised in the Zenith City. He came home in the late ‘90s after working on the East Coast as an actor and screenwriter. That’s where he met and married Christine. The Stockes’ goal was to live in Duluth, where costs were lower, and keep writing.

Then the script changed. Intrigued by the nascent world of e-commerce, Dan was hired at a fledgling Duluth dot-com called Eyecity selling Foggles, which were frosted-lens spectacles for skeet shooting. When that went belly up in the dot-com crash in 2001, he joined his uncle, Gene Luoma, an inventive engineer and entrepreneur, making and selling the Zip-It, a device that removes clogs from drains. They later licensed the Zip-It to a larger company.

Luoma had another business called Design Pro, which manufactured a variety of products. Stocke joined the company, and discovered a talent for making the business more efficient. He streamlined the order-taking and manufacturing management processes using digital technology. He also discovered through a cost-benefit analysis that only one product was making money—a steel form for making concrete construction blocks. In 2007, Stocke and a partner bought his uncle out, renaming the business World Block and expanding into international markets.

To create the Buzz Frenzy platform, Stocke contacted an Eyecity colleague, Joe Warner, now CTO with Duluth digital marketing agency Aimclear. Working with Warner and Aimclear technical director Reed Fulghum, they developed the ad automation technology. After signing up for the service, the client needs only to create the content of the Facebook post—that is, the ad content—and add their preset hashtag to it. Buzz Frenzy then places the ad in the feeds of the audience most likely to respond, based on the curated targeting Buzz Frenzy has created from data that Facebook has gathered from all its users.

The key to the platform is a “buzztag.” This is the hashtag a business uses on a post to trigger an ad in Facebook. For example, Duluth knitting-supplies retailer Yarn Harbor uses “#fiberjoy” as its buzztag. Whenever owner Kathy Thomas wants to turn a post into an ad, she puts #fiberjoy somewhere within the post. Buzz Frenzy’s automated process does the rest.

Christine Stocke started using Buzz Frenzy in 2015. “She knew it was working when we gave it to her in the summer when no one in Duluth wants to sign up for indoor fitness classes,” Dan Stocke says. “All of a sudden, she’s getting people in the door in August. And the only change was Buzz Frenzy.”

Buzz Frenzy launched “in earnest” in January 2017, Stocke says. “It was part of our plan to keep it very local, at first—to run the beta in Duluth,” he says. Working with local businesses, “we soon learned that they wanted to use the tool in a way that we couldn’t seamlessly allow them to do.”

For instance, some clients want to place ads in more than one regional market. “An account—we call it a ‘bee’—can create another bee,” Stocke says. “We call that a hive.” Each new bee can set different targeting and geographies: “We've made the system very fluid to accommodate any variation a business might want to use.” A hive can have many bees, or even hives within a hive, depending on a business's needs. And all the data from all those bees flows up to the hive owner, allowing the business to monitor and gain insight into what is working.

Accommodating this request actually allowed Buzz Frenzy to simplify its platform, and thus easier to sell. By the second half of 2017, it was taking Stocke away from World Block. Buzz Frenzy remains a one-man show, though Stocke now works with Duluth-based Steam Creative to market the service throughout Duluth. Steam Creative managing partner Elissa Hansen has begun reaching out to the Twin Cities market. At the same time, businesses across the country have discovered Buzz Frenzy. “We knew we had done something well when someone from San Francisco signed up with us,” Stocke says.

The platform reconfiguration also allowed Buzz Frenzy to present itself to Facebook as what Stocke calls “one big mega-account.” Instead of looking like a number of tiny advertisers, Facebook is now working with one large advertiser. According to Stocke, this makes it easier for Buzz Frenzy to fix any problems its clients might have with Facebook. For instance, if a client’s ad has to undergo a review due to a content problem, Buzz Frenzy can get Facebook to respond more quickly to review an appeal. And this gets the ad in the target market’s feed more promptly.

The word “ad” doesn’t quite convey what a Buzz Frenzy-powered post looks like. It looks like any post that appears in a follower’s feed. But for the paid post to get attention (and likes), “you need to be human,” Stocke says. “These businesses are part of their community. No one wants to be sold—no one wants slick ads.” One successful example: Yarn Harbor ran a paid post for a store-sponsored knitting party when participants knit a chunky sweater like the Dude’s in the 1998 cult film “The Big Lebowski.”

Local nonprofits, which also have tiny marketing budgets, have also been attracted to Buzz Frenzy. Wise Fool Theater is “a one-woman operation, so I don’t have time to be on social media constantly,” says founder Chani Ninneman. Three or four years ago, she began to spend a little money into boosting the social media posts. “It was such a complicated process to try to choose your audience,” Ninneman says. “Buzz Frenzy took so much of the guesswork away and so much stress off my plate.”

What about results? “It’s hard to measure our attendance to know if that’s been affected,” she says. But what has been affected is the number of likes on the page. Wise Fool had 700 fans when she started—now it’s up to about 1,200. “I attribute that pretty exclusively to using Buzz Frenzy,” Ninneman says.

With about 137 bees in the Buzz Frenzy apiary, Stocke and Hansen are now looking for new markets. One potential opportunity comprises other marketing firms that want to work with smaller businesses. These small companies typically don’t have much money for media spending, but they could benefit from an agency’s strategic and planning expertise. Those agencies, Stocke says, can charge the business for their expertise, then set up the client with Buzz Frenzy.

The biggest current buzz on Facebook is, of course, its data-gathering practices. Politicians, users and businesses are worried about how Facebook data can be used, and abused. The furor may well mean changes in how the social media platform operates, and how advertisers of all sizes can use it. One advantage that Buzz Frenzy’s clients would have if Facebook adjusts how it operates is that it can keep track of these changes for them.

“There’s this giant gap between the haves and have-nots” when it comes to marketing, Stocke says. The small businesses that Buzz Frenzy has focused on don’t have the money to hire a marketing firm. “For $50 a month, we can give them a powerful mechanism to market themselves.”